Former U.S. President criticizes Supreme Court for 'freezing in social norms and ideas from 200-something years ago' 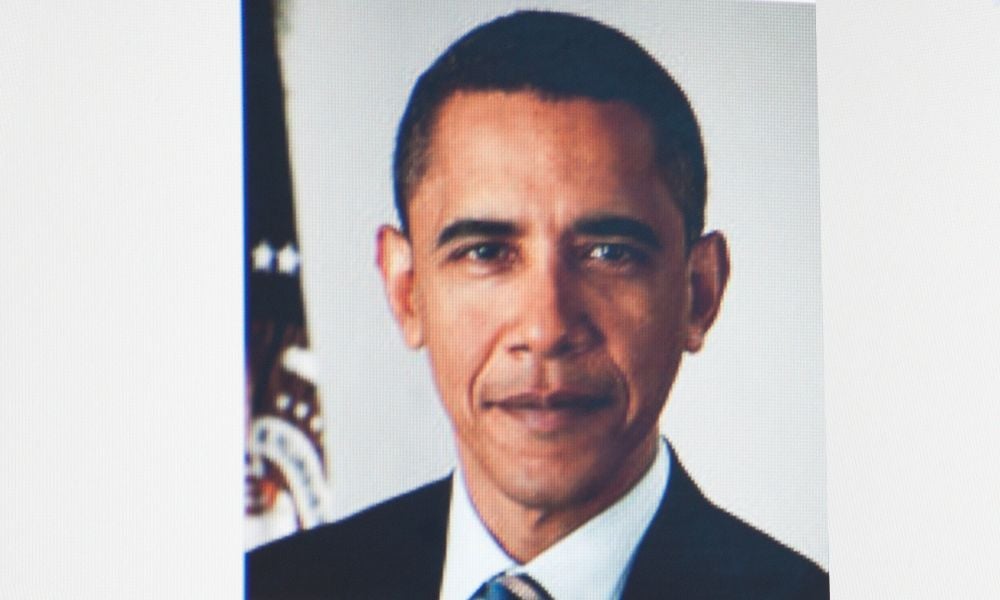 At the 2004 Democratic National Convention, then-Illinois Senator Barack Obama delivered a keynote speech titled “The Audacity of Hope,” in which he argued that the United States of America – despite what political pundits repeatedly claimed – was truly united.

Considering the state of the country in 2022, now-former President Obama was asked if he still feels the same way.

“We’re more divided than we were even then,” Obama told a packed audience at HubSpot’s INBOUND 2022 conference in Boston on Friday. “But the key signature line for me was the idea that hope isn’t blind, willful optimism. It’s slaves sitting around the fire singing freedom songs. It’s people fighting and struggling and overcoming great odds. I maintained then and still do now: we have more in common than our public discourse would allow for.”

Obama criticized cable news outlets and technology, specifically social media, for promoting conflict to generate revenue. “What’s happened is our national conversation has broken apart,” Obama said. “The splintering of a single narrative into a million narratives has accelerated a sense that we’re occupying different realities. Some politicians who aren’t courageous enough to push back go along with it or accelerate it, as we’ve seen.”

“Democracy is hard and contentious,” Obama added. “Our goal shouldn’t be kumbaya. What should bind us together, though, and as citizens we have to work toward this in our own lives, is that democracy stands for being respectful of a certain set of rules and processes by through which we sort through our differences.”

Obama also urged young people to keep their minds open and avoid tuning someone out if they disagree with them or find what they’re saying offensive. “Shutting down debate,” as the Harvard Law School graduate put it, is a “mistake.”

“You can’t wake people up if you turn your back on them,” Obama said. “It violates the rule that at some level we’re all connected and have common humanity. You’re understandable to me and if I’m listening, I can find a place in which we see each other. We may be able to change each other’s minds or at least agree to live together without beating each other over the head.”

Brian Halligan, co-founder and executive chairperson at HubSpot, asked Obama to reflect on the Founding Fathers and name the best feature and worst bug they built in the startup known as America.

Obama praised the concept of voting and electing leaders, having different branches of government and the Bill of Rights. He also agreed with former Prime Minister of the United Kingdom Winston Churchill that the U.S. Constitution is the “best expression of ideals dating back to the Magna Carta.”

“But the worst feature is pretty obvious: it didn’t apply to those Black people enslaved or women, who constituted half the population, and it didn’t even apply to White guys without property,” Obama said. “What you see then is a series of struggles, some of them bloody and all of them fierce, to broaden the definition of ‘We the People.’ If you think about it as code, even with some of those glitches fixed, we still have some that pop up.”

“It’s hard to update the Constitution,” Obama continued. “The constitutional amendment process is really challenging, which means the Supreme Court has enormous power to interpret the meaning of these words. If you get a court that thinks the way to interpret those words is to look at the intentions of the people who wrote them, that means you’re inherently freezing in social norms and ideas from 200-something years ago. I would suggest that’s maybe not the best way to think about it.”

The U.S. Supreme Court has come under fire after overturning Roe v. Wade in June, granting states the power to establish their own abortion laws. As a result, 11 states have completely banned abortion, and 33 states ban the procedure after a specified point in pregnancy, according to AbortionFinder.org.