Court ruling will have big knock-on effect for HR

A landmark case has delivered a warning to employers to ensure they are meeting the legal requirements for employees’ rest and meal breaks. 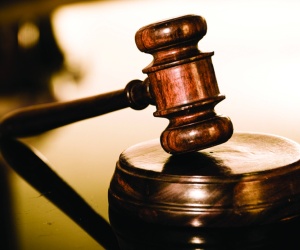 The Court ruled that Jetstar pilot, Robert Greenslade, has the right to take meal and rest breaks during shifts. The ruling overturned an earlier decision by the Employment Relations Authority that found in Jetstar’s favour.

Employment Law Specialist, Barrister Catherine Stewart, told HRM that this was the first case where the Employment Court has considered the statutory requirements for rest and meal breaks provided under the Employment Relations Act.

“The message to employers which arises from this case is that they should review their employment agreements and policies to ensure that their staff are receiving the minimum meal and rest breaks provided for in the Employment Relations Act,” she said.

“The Court did not accept Jetstar’s argument and held that the decision to operate this business model was Jetstar’s and it still needs to operate within the statutory framework. The rest and meal breaks need to be provided regardless of the impracticalities this may cause to Jetstar’s business or profitability,” Stewart said.

“The Court stated that an employer is free to offer more generous entitlements to an employee than those provided by the Employment Relations Act, but not less generous,” Stewart explained. “Employers need to comply with the minimum statutory entitlements set out in the Act.”

However, Stewart points out that an employer has the discretion to decide when the breaks can be taken.

“The pilot in the case did not argue that he should be entitled to take the breaks during the flight which might affect safety considerations, but rather that the breaks should be factored into the time between flights when he was on the ground (but expected to spend the entire period performing other duties). The discretion as to when the breaks can be taken will be relevant to employers whose staff are performing duties which have safety implications, such as a surgeon performing a lengthy operation,” Stewart added.

The government is looking to make changes to rest and meal break entitlements with its Employment Relations Amendment Bill. The changes remove the prescriptive break times and durations in the current law and instead allow employers and employees to negotiate an arrangement that is appropriate. Where rest and meal breaks are not practical, employers will have the option of providing compensation to employees such as earlier finish times or a top-up payment.

In a commentary on the case Cullen – The Employment Law Firm wrote that Jetstar’s case would likely to have still failed as Greenslade was not compensated for missing out on his breaks.

Do you think there needs to be more legal clarity around when an employee can take rest and meal breaks? Let us know your thoughts in the comment section below.