An Employment Relations Authority ruling ordering a hotel to pay wages owed to Filipino workers is a reminder to employers to follow the proper processes when dealing with foreign employees. 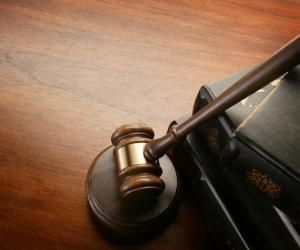 The
Auckland Harbour Oaks Hotel must pay Filipino couple Abraham and Nancy Agustin almost $80,000 in owed wages, after the Employment Relations Authority found that they were underpaid by the organisation.

According to the New Zealand Herald, the Agustins claimed that not only were they underpaid, but the hotel had withheld part of their salaries.

The hotel argued that the Agustins were correctly paid, but it failed to provide any wage and time records to the authority so authority member James Crichton said he was entitled to rely on the employees’ evidence.

"Mr and Mrs Agustin were, despite their limited English, compelling witnesses and they provided, with the assistance of First Union, an extensive bundle of documentation identifying what they had been paid and what they ought to have been paid," Crichton said.

The couple were employed full time at the hotel property when Auckland Harbour Oaks took over as their employer in October, 2011.

Nancy, who was employed as a housekeeper, claimed that she and her husband, a handyman, worked for three weeks but were only paid for two and when she queried it, her then manager told her the money was kept as a deposit.

When they entered into new employment agreements in May, 2012, Abraham’s hourly wage was increased from $14 to $17.50, but he claimed to have never received the increase.

He was given a third employment agreement in July of the same year in which his hourly rate was put back to $14.

Crichton said that the organisation had been given more than one opportunity to provide the necessary documents relating to the Agustins’ wages, but had failed to do so.

“Rogue employers should be aware that the New Zealand community would like to see them prosecuted and punished under the law.”