The retailer will face the ERA next week over allegations it pays North Island workers more than its South Island counterparts. 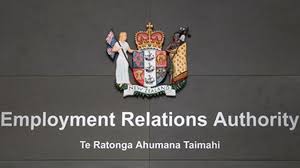 "[Foodstuffs] have said that they're paid less because it's the South Island,” she told Stuff. “The jaw drops on our side of the table. I have never heard an employer say that South Island staff should be paid less."

“This is incorrect,” Foodstuffs representative Antoinette Laird told HRM. “At no time have the stores or their Employer Advocate ever made the comment that staff are paid $2 less because they are in South Island.”

Laird stressed that it the issue is the business of individual stores and their owners.

“It is not appropriate for Foodstuffs to comment on the bargaining process as we are not involved,” she added.

What is the most common pitfall for managers?

Could the LinkedIn acquisition overhaul L&D?