Gender quotas: Detriment to merit or a necessary evil?

The introduction of gender quotas is approached by many with trepidation. Often naysayers raise concerns that installing quotas could result in candidates being hired based on their gender, rather than merit. But that view may be seriously flawed. 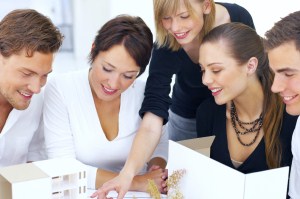 The introduction of gender quotas is approached by many with trepidation. Often naysayers raise concerns that installing quotas could result in candidates being hired based on their gender, rather than merit. Lindy Stephens of ThoughtWorks used to feel the same way, but since her company has introduced gender quotas, her view has taken a turn.

Whilst  the quotas vs targets debate is usually for board level recruitment, ThoughtWorks has installed quotas for graduate recruitment. For plain and simple reasons the effectiveness of this strategy is what has led to Stephens’ change of heart. “As soon as we put that quota in place for our graduate recruiting, we had an immediate change of behaviour and an immediate change of results, it was overnight,” she explained, adding that the last two years has seen the number of women in ThoughtWork’s technology area leap from 24% to just below 30%.

The change in their recruitment process is an attempt to combat the perception that female candidates don’t apply for tech roles. “As far as merit goes, there is no merit because as soon as you access a pool of candidates there has already been some self-selection,” Stephens explained. “What’s changed for us is not the quality of the candidates that we get; we’ve just changed the number of women who apply to us.”

Eliminating the ‘unconscious bias’ that prevents a great deal of women from applying for positions is something Stephens, as a woman in software development, knows all too well. The problem can sometimes begin with the job ads which may be tailored – deliberately or not – to recruit men. “This happens when people just don’t think and they picture a man in their head when they advertise the job,” Stephens said. “If you picture a man in your head when you advertise a job, you’re going to get a man at the other end of the process,” she added.

This bias is compounded by the more overt and conscious element of historical discrimination, and some managers still carry the view that women are incapable of certain positions. “It is still embedded in our culture, and there is no merit,” Stephens explained.

The process ThoughtWorks has undertaken hones in on the earlier stages of recruiting, and is aimed specifically at graduates. Stephens explained that the organisation holds campus events specifically targeted at women, and speaks at universities about the benefits of working for ThoughtWorks as a woman. “We have changed our behaviour at very much the sourcing end, in order to meet the quota,” Stephens said.

Once the initial stages of recruitment are complete, male and female candidates alike can rest assured they will be judged equally. Stephens stated that all candidates are accessed on the same criteria, “regardless of whom you are or what your background is.”