In the battle for top tech talent, software giant Atlassian tells how it got its brand out there during an international recruitment campaign 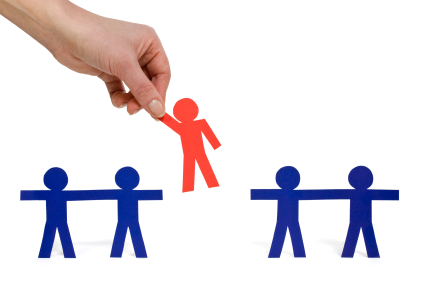 As Australian tech companies battle for top talent amidst a growing skills shortage, many employers are beefing up their international recruitment campaigns. But in a world ever-hungry for tech geniuses, how can employers attract talent to Australia’s shores?

According to software developer Atlassian, getting your company’s “brand” out there and promoting work and lifestyle benefits to prospective employees is key to success.

Especially if it involves taking to the streets of Europe in a VW Kombi van touting an Atlassian-branded surfboard with the sign: We’re Hiring.

Staunton says Australia is host to some world class tech talent – but there’s simply not enough of it to keep up with growing demand.

“We just don't have people in the technology industry with ten plus years' experience in the numbers that we need - as the industry is still relatively new here,” Staunton told HC Online.

“So we look overseas in Silicon Valley, Europe and other tech hotspots, and relocate them to Sydney,” she says.

The hunt for UX Designers – the most in-demand professionals in Australia’s tech scene – saw Atlassian’s recruitment team turn their sights to the European market.

“We called it our 'UX Surfers' campaign and the goal was to land five User Experience (or UX) Designers in 5 days,” Staunton says.
“So while we had successfully hired some world-class Designers within our own shores - we knew we needed to couple that with an international hiring campaign to keep up with the demand.”

“Now as a Talent brand we hadn’t really talked about UX in Europe before, so we needed a big bang campaign idea to really get that group of people to sit up and notice us as a great place for Designers to work,” Staunton says.

Their campaign 'hook' was the Atlassian HQ's location - Sydney – along with the hiring tagline 'We're seeking Design Thinkers, Talented Tinkerers and Wannabe Surfers to join us in the sunshine of Australia'.

Before their interview team flew to Europe, Atlassian ran an online advertising campaign with that tagline to warm up their target UX audience.

“We took that surfing idea to the next level once we landed in Europe - tying an Atlassian branded surfboard to a VW Kombi van and driving it around the streets of Europe with the message that we were hiring!” Staunton says.

Coupled with interview spaces in funky venues branded in Atlassian ‘swag’, the team also harnessed the power of social media to allow people to follow their tour of Europe.

As tech companies continue to battle it out for the best in Australia’s home-grown talent, Atlassian says its beefing up its domestic and international recruiting strategies.

She says Atlassian employees undergo a rigorous hiring process, consisting of a mix of practical assessments and face-to-face or video interviews.

“This is particularly important to get right with overseas hiring - as the consequences of a mis-hire are so much greater for the employee and the company when the person has made such a life-changing move.”

Hear from Atlassian's HR Director for Australia and APAC Kellie Egan at the National HR Summit on 6-7 April. Find out more at www.hrsummit.com.au.

How to build a 'speak up' workplace culture

Top 50 companies with the best pay packages – according to employees

Woolworths opts out of JobMaker scheme

Are you ‘working from home’ or ‘living at work’?