Should you employ a Chief External Officer?

After a documentary revealed the working conditions of one tech giant's overseas employees, academics are calling for companies to create a new C-suite role to tackle social and political issues. 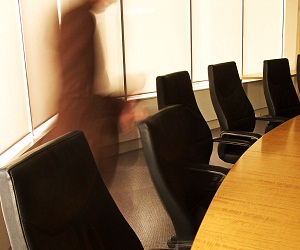 External agencies hired undercover reporters, who infiltrated the factories and shot footage of the employees’ conditions.

“If you fall asleep and you lean against machines that are connected with electricity and there is a live wire you will be gone,” one supervisor warned in the footage.

In spite of what the documentary proved, Apple’s senior vice president, operations, Jeff Williams told Panorama reporter Richard Bilton that the company prides itself on the working conditions it provides.

“We are aware of no other company doing as much as Apple to ensure fair and safe working conditions, to discover and investigate problems, to fix and follow through when issues arise, and to provide transparency into the operations of our suppliers,” he said.

The BBC’s report stated that “once in, our reporters were overwhelmed by the workload”, claiming that they were “treated like prisoners” and “forced to sign work sheets that show them agreeing to long hours of overtime”.

According to Apple’s 2015 Progress Report, the company “limits workweeks to 60 hours, except in unusual circumstances, with at least one day of mandated rest every seven days. And all overtime must be strictly voluntary”.

The report also stated that 92% of Apple’s 1.1 million employees were “compliant with our 60-week maximum standard”.

But according to Bilton, this is not the case at Pegatron.

“Shifts have overtime built in, so workers regularly do more than 60 hours a week,” he said. “Apple has been championing itself as a perfect enterprise, but it’s all a facade. I don’t think they care about the workers at all.”

In one iPhone 6 testing area, the footage showed almost all of the workers asleep at their stations.

Apple has denied the allegations put forward by the report, claiming that their conditions and standards are constantly improving.

“Apple is dedicated to the advancement of human rights and equality around the world,” the company said in a statement.

The tech giant added that it was “disappointed” that networks broadcasted the “irresponsible and misleading” investigation.

“As we told the BBC, the program misrepresents the current conditions in our supply chain,” the company added. “Additionally, it turns a blind eye to the many ways in which Apple protects workers’ rights, and the significant improvements we have made on behalf of millions of workers over the past decade.”

Now, some are calling for the creation of a new C-suite role to prevent such occurrences.

New research has indicated that companies should learn from serious incidents such as the Deepwater Horizon oil spill and factory fires in India and Bangladesh by creating a new ‘Chief External Officer’ role.

The new position would come as part of an upgraded external affairs policy, which would be designed to improve nonmarket – social and political – strategies.

Traditionally, companies have an established legal or regulatory affairs function, with a separate office for tasks related to community and social responsibilities.

The report, Why your company may need a chief external officer, was published in Organizational Daynamics and argues that a more balanced approach is needed.

Dr. Sotirios Paroutis, of Warwick Business Schoolm was one of the paper’s authors.

“We believe most companies underappreciate the challenges emanating from the nonmarket arena and therefore relegate their external affairs function to a lower status than it should be accorded,” he said. “A realistic stance for most companies is a balanced approach to corporate strategy, political activity and social responsibility, which emphasises alignment across these priorities and the functions that are responsible for them.”

According to Paroutis, by increasing the influence of the external affairs function, organisations can achieve more effective strategic actions and policies.

The researchers interviewed executives from various companies and found that some of them – including Lufthansa – had developed distinctive and C-level roles to engage with political and social issues.

“In the mid-1990s Thomas Kropp managed Lufthansa’s government and regulatory affairs office in Brussels,” Paroutis added. “Like other major airlines at the time, Lufthansa was under growing pressure to increase fuel efficiency, reduce emissions, and adopt an overall social responsibility and sustainability strategy.”

“Mr Kropp was able to keep his company ahead of the game and meet these challenges head on, even sitting on the Association of European Airlines as Chairman a number of times,” he said. "In contrast, other national flag carriers including Alitalia and Iberia failed to recognise or respond rapidly to the new environmental realities.”

But this is an “unusual example”, as most large companies do not dedicate time to the development of social and political practices. These usually occur under the umbrella of legal, external or even public relations functions.

“The BP oil spill disaster is an example where the CEO, who was quoted as saying “the environmental impact of this disaster is likely to have been very, very modest”, could have benefited from the targeted advice and experience of a chief external officer,” said Paroutis.

“Similarly, situations such as the recent tragic fires in Bangladesh and India brought companies such as Gap, H&M and Wal-Mart to centre stage over poor working conditions,” he added. “These firms were caught flat-footed in their inability to provide coherent responses to criticisms, emanating from a range of governmental and civil society stakeholders, and would have benefitted from such a role.”

However, he warned companies that there is not a simple ‘one size fits all’ option for creating the role.

“The degree to which companies should emphasise political concerns versus social issues - or both - is contingent upon their particular industry, strategies, and product mix,” Paroutis said. “In the end, the nonmarket environment should not be viewed as separate from the other arenas in which firms compete. Only then can firms successfully respond to and proactively influence the politicians, campaigning groups and organisations that facilitate – or impede – their competitive success.”