'Not all distractions should be viewed negatively' 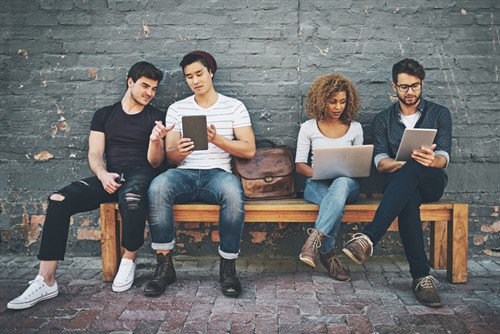 By making meaning and happiness of employees a business priority, leaders can ensure higher levels of engagement, commitment and productivity, according to Ross Reekie, founder of Rise.

He added that ‘not all distractions should be viewed negatively’ because some can encourage people to have a chat and connect with each other over the latest news or funny memes.

“As technology becomes more prevalent in people’s lives, the use of smartphones and social media during working hours is only likely to increase,” said Reekie.

Reekie’s comments come following new research which found that over half (52%) of Australians who are distracted by their smartphone or social media during work hours also admit that they would be less distracted if they felt happier at work.

“When workers are distracted too often or for too long, it indicates that they may be unhappy in their work, this often results in a lack of motivation to get work done and has a knock-on effect on a company’s success.”

Moreover, more than half (51%) check their phones or social feeds up to 10 times a day.

Australians are also taking a considerable amount of time out of their day to check their phones or social media, with nearly a quarter (24%) admitting that they spend up to one and a half hours distracted every working day.

Hansen said employees or leaders need to have ‘brain breaks’ and take their mind away from whatever they’re doing and onto something that’s not related to work.

“A brain break could include sitting quietly with a cup of tea, even closing your eyes and taking a few deep breaths, it could mean having a social chat to somebody for five minutes, it could mean taking a tea break, buying that coffee – whatever the break is, it shouldn’t be work-related and you should be mindful that you’re actually giving your brain a break.

“That means it can’t just be getting up and walking around the office while you continue to think about emails and the stress you’re under – it’s got to be a different topic, a distraction onto something else.”