Can’t afford pay rises? How to keep employees happy when times are tough

After new data showed that national wage growth is the slowest it’s been since records began, one expert weighs in on what employees can offer staff in times of financial strain. 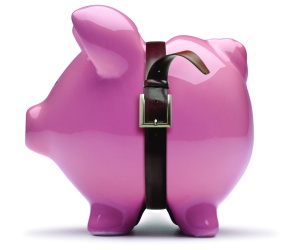 New
figures from the Australian Bureau of Statistics (ABS) have shown that wage growth is at its lowest since records began.

Last year, wages grew by an average of 2.5%, which after inflation was barely any growth.

Even in Victoria, South Australia and Tasmania – the states which saw the highest wage growth – pay rose by just 2.7%.

In New South Wales, the average wage growth was 2.3%, while in the Australian Capital Territory it was even lower at 2.2%.

ACT public sector wages grew by an average of just 1.4%.

The education and training industry saw the biggest rise, with an average increase of 3.4%.

“[Pay rises] are barely covering inflation,” Craig James, chief economist at Commonwealth Securities, told The Sydney Morning Herald. “It might mean the Reserve Bank decides to cut rates again next week and then retires to the side lines. Or the Reserve Bank might keep another rate cut up its sleeves in case momentum in the economy eases further.”

HC spoke to Trevor Warden, senior rewards consultant at The Hay Group, about what employers can do if they cannot afford to offer pay rises.

“There’s a lot besides remuneration that research has shown motivates and retains staff,” Warden told HC. “When it comes to traction, often workers look at offers and question whether the entire package is enough to get them back.”

Warden reminded employers to remember that in many cases, people leave their bosses rather than their organisation.

“If you’ve got a really bad boss, the pay might force you to stay – but this won’t last forever. Pay is just a short term strategy.”

He added that there are several things, aside from monetary remuneration, that employers can offer staff.

“Offer your employees a challenge,” Warden suggested. “People also value intangible things like culture. Things that are not pay-related in renowned cultures – such as Google and Apple’s – are the perks that are talked about.”

Intangibles really need to be emphasised, Warden said, to prevent people from forgetting their EVPs or taking their perks for granted.

“Make sure that you’re still keeping those important parts of the offer on people’s minds,” he advised.

He added that if finances are standing in the way of pay rises, employers can consider increasing the variable reward portion of their staffs’ salaries.

“Reconsider performance-based bonuses,” he said. “Even if times are hard, bonuses will always be linked to performance. They’re very targeted – and hopefully self-funded.”

Warden emphasised the importance of being honest if times are tough financially.

“I think honesty is always the best policy,” he told HC. “If an employer doesn’t tell their staff that it’s an affordability thing, they will think it’s something else and make up their own rumours or speculation. Just let them know times are tough – most companies have been there before.”

He pointed out that around 2009 many employers found themselves in this situation.

“It’s not unusual, and can happen,” he said.