Is this why fewer women hold leadership roles? 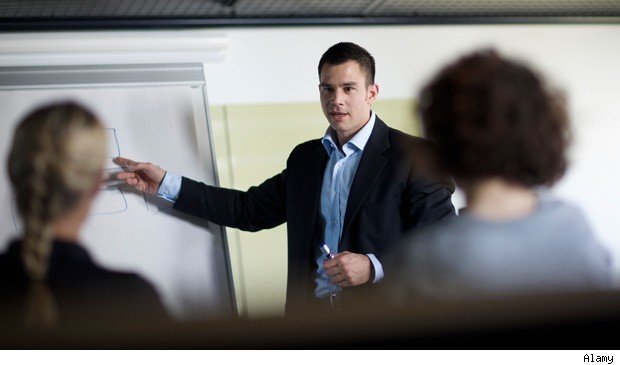 The
core temperament found in all successful leaders is the desire to win, and that is something that more men have than women.

That’s according to Chris Golis, emotional intelligence practitioner, speaker and author of the book The Humm Handbook- Lifting Your Level of Emotional Intelligence.

The latest research illustrates that there’s a long way to go if women are to close the leadership imbalance gap, said Golis.

Moreover, according to the study into Australia's largest 200 companies earlier this year, men named Peter or John were found to be 40% more likely to be at the helm of a company, than women.

Golis said that despite gender diversity limits being set there is “absolutely no chance there will ever be an equal number of women CEOs and leaders”.

“The core emotional drive that all leaders must have, namely the desire to win, is based on the mental illness of paranoia,” he added.

“This does not exclude females from becoming leaders, but they do need this core emotional drive.”

He said that people mainly become leaders in a large organisation due to three factors: nature, nurture and luck.

“Luck probably plays the most important part, but studies of identical twins suggest that nature is twice as important as nurture,” he said.

According to Golis, there are multiple reasons why women differ from men when it comes to leadership:

- Winning: Many men play and watch competitive sports. More men than women seek power and leadership roles.
- Projects: Many men enjoy withdrawing into caves and building things, whereas women are more likely to be social and into relationships.
- Material items: A lot of men are known to love their boys’ toys which gives them a desire to make enough money to afford them.  Most women are generally less driven by the need for obvious displays of wealth.
- Communication: Many women seek to talk, particularly to each other. A lot of men are loners and see themselves as strong, silent types.
- Security: Family and home are paramount to many women which means they are less likely to risk it all on a speculative venture. Twice as many men engage in start-ups.
- Artistic creation: More women are interested in the visual arts such as fashion and interior design and will spend time “window” shopping or browsing on the internet.

Deaner studied 1,147 long distance runners competing in the 5,000 metres in the US National Collegiate Athletic Association.

“He chose this sport because it is equally popular among men and women and there is no disparity in prize money,” said Golis.

“The research found that men were far more competitive at all levels than female runners.

“Men and women differed by about half a standard deviation on competitiveness measures which is moderate to large.

HRD recently reported that new research from the OECD found that women are less likely to advance to management positions, and are more likely to face discrimination and earn less than men.

The median female worker earns almost 15% less than her male counterpart, on average, across the OECD – a statistics that hasn’t moved much in the past seven years.

Finally, it found that male role models in senior management also need to drive the change in gender stereotypes and norms that continue to hinder women’s access to leadership.


Related stories:
CEO: 'They ignore me and ask my husband'
Where does Oz stand on diversity and inclusion?
‘Double jeopardy’ prevents culturally diverse women from top leadership roles