Do your employees bring their ‘whole selves’ to work? 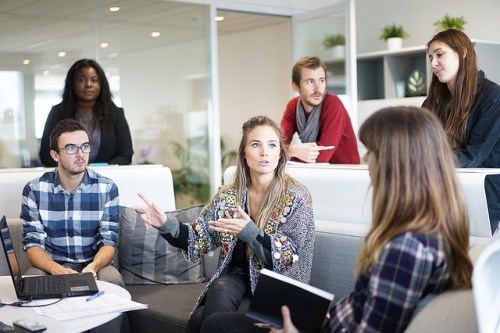 Whe
n employees bring their whole selves to work, they are more positive and productive in the workplace, according to Matt Tindale, country manager for LinkedIn in Australia & New Zealand.

“Although diversity and inclusion have steadily become a priority for most businesses, our research shows that two in five professionals believe their organisations could be doing more when it comes to encouraging them to be themselves at work,” Tindale added.

Tindale’s comments come following new research by LinkedIn which found 58% of Australian hide some aspects of themselves in their professional life and almost three quarters (70%) do not feel comfortable expressing their vulnerabilities at work.

When asked why they hold back elements of themselves in the workplace, over half (57%) of the professionals surveyed said they wanted to avoid conflict, while 35% said they were concerned about how others would react or perceive them.

According to the research, men and women differ in the aspects they hold back at work, as men feel more uncomfortable expressing vulnerability (73%), compared to women (67%). Moreover, females (79%) feel less comfortable than males (85%) in expressing their opinion in the workplace.

Tindale said that being able to embrace vulnerability in a professional context is important because it helps build trust and respect with your network.

“LinkedIn provides a platform for professionals to voice their opinion on topics that matter to them and engage in open conversations with the community,” Tindale added.

Moreover, 35% of respondents surveyed said they hold back expressing their mental health and wellness, with nearly three quarters (74%) of respondents saying it is a career limiter.

Meanwhile, 21% Australians still hold back from expressing their sexual orientation in the workplace, with nearly half (45%) also seeing it as a career limiter.

Speaking your mind about issues (61%); ethnicity (57%); gender (53%) and; religious beliefs (52%) were cited by respondents as possible career limiters in the workplace.

Respondents also said being themselves at work has a positive impact on their job satisfaction (47%), as well as their personal health and wellbeing (39%).

“Workplaces are undergoing massive shifts in the way they work. With the influx of millennials joining the workforce, they are looking for organisations that align with their values and allows them to contribute while maintaining their identity,” said Tindale.

“The onus is on business leaders to create a working environment where employees feel they belong and are encouraged to bring their whole self to work.”

The findings have been released to coincide with the launch of #BringYourWholeSelf - a new campaign developed by LinkedIn to encourage Australians to be more open about their values, aspirations and opinions in the workplace.


Related stories:
‘A huge potential workforce are not being utilised’
Are D&I initiatives up to the task?
Do you know what everyday sexism looks like in the workplace?