Bosses at the social media company may claim they’re committed to improving diversity but the latest data says different. 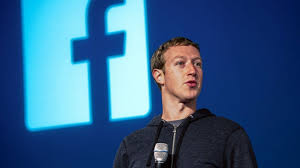 Tech companies are notorious for their poor diversity figures and, despite public promises from founder Mark Zuckerberg, it seems Facebook is still struggling to address the issue.

According to the latest hiring data, there’s still a shocking racial disparity at the social media platform – in 2013, just seven of the 1,231 new hires were black while more than half were white.

The Equal Employment Opportunity report also offered a racial breakdown of current employees, revealing that while the majority of the workers are still white, the proportion has dropped from 57% to 55%.

The diversity report also showed that the proportion of Asian workers increased from 34% to 36% during the same period while the number of Hispanic, black and those of “two or more races” remained at 4%, 2% and 3% respectively.

Maxine Williams, the Global Director of Diversity at Facebook, admitted the data was disappointing.

“While we have achieved positive movement over the last year, it’s clear to all of us that we still aren’t where we want to be. There’s more work to do,” she said.

“We remain deeply committed to building a workplace that reflects a broad range of experience, thought, geography, age, background, gender, sexual orientation, language, culture and many other characteristics,” she continued.

Williams then added; “It’s a big task, one that will take time to achieve, but our whole company continues to embrace this challenge.”

Facebook aren’t alone in their struggle – earlier this month, Google admitted they had seen only a very small improvement in diversity figures despite a $150 million investment.