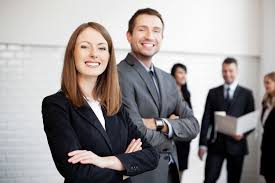 The Australian national pay gap – the difference between men’s and women’s average weekly full-time earnings – is 15.3%, or around $251.20 a week, according to the Workplace Gender Equality Agency.

However, while many organisations are struggling with gender equality there are some which are excelling.

Indeed, for the first time Australia Post has achieved gender parity in pay, improving from a difference of 1.4% reported in 2016.

Moreover, women now account for 37.5% of all management staff, as Australia Post now has a female CEO, CFO, deputy chair and company secretary.

"Australia Post is one of the largest employers in the country, so we are extremely pleased to report that we have reached an average zero per cent pay gap - which underlines our position as a leader when it comes to diversity and inclusion,” said Corbett.

She added that over the last seven and a half years Australia Post have focused on improving the representation of women across all levels of leadership and addressing unconscious bias.

“This culminated in October 2015 when we launched our landmark Gender Action Plan to focus and fast-track professional development,” she said.

“Since then, we have seen a concerted effort across the board to recognise and champion our female workers.

“In the last 12 months, over 400 women have participated in our career development programs, which has been instrumental in identifying and nurturing talent.”

Managing director& group CEO Christine Holgate will be joining the Board at the end of the month, meaning five of the nine directors are now female including the Deputy Chair Holly Kramer.

HRD recently reported that one initiative Australia Post developed is called ‘Our Women in Transport’, which began after the organisation spoke with their drivers as part of their EVP research.

“In the transport industry we know that there is really low female representation,” said Quila Israelson, marketing manager, employer branding at ‎Australia Post.

“At Australia Post, we wanted to make sure that diversity is something that we think of in every facet of the business given that we want to represent our customer base internally.”

"We met with women across Victoria that range in age, tenure, experiences at the company and role type within the transport division," she said.

"We asked them what their experiences have been like and what initially attracted them to work at Australia Post.

"We never asked them questions related to the EVP but they all touched on those key points of feeling safe and secure, having a wonderful community, and what it means to be a woman in this industry."