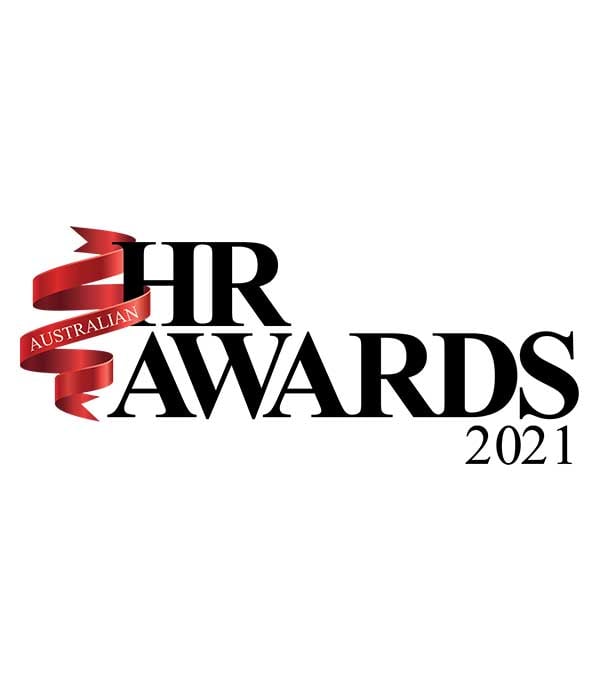 CELEBRATING THE VERY BEST IN HR

Earlier this year, HRD hosted its annual Australian HR Awards, sponsored by Australian Business Lawyers & Advisors (ABLA) – an event dedicated to rewarding the very best and brightest our industry has to offer. Hosted by Today Extra co-host Belinda Russell, the ceremony saw accolades given to individuals, teams and organisations that really went the extra mile this year.

One of the main themes running through 2021’s Awards was resilience – how HR leaders and their teams helped people not only survive the pandemic but actually thrive through it. While the past 12 months have been incredibly disruptive, they have also acted as a catalyst for company-wide change, upending how C-suites view their HR departments and the role CHROs now play in business strategy. In speaking to this year’s winners and sponsors, HRD has uncovered some future trends and predictions set to rock the HR sector in 2022 and beyond.

C-suite’s perspective on HR
The old adage of innovation being born out of disruption has never been truer than in the past year. Employers were forced to adapt to overnight digitisation, make remote working the new norm, and supercharge communication plans. While it proved hectic, it really was HR’s time to shine.

A recent report from Sage found that 87% of C-suite executives believe the pandemic accelerated changes in HR, with 57% adding that their HR leaders had become more visible and influential since COVID. Some of the more important leadership skills that HR had to hone over this period revolved around soft skills – in particular empathy, compassion and trust – all of which have helped Australian companies bounce back faster.

“Organisations and HR functions have seen soft skills emerge as the real driver for quick recovery and future-proofing of their workforces,” said Paul Bridgewater, regional leader, APAC, at pymetrics – sponsor of one of the awards. “Soft skills are the cognitive, social and emotional characteristics inherent in people that are indicators of behaviour and potential; examples include attention, focus, risk tolerance and generosity.”

An international talent market
Australia has been hit pretty hard by fire-breaker lockdowns, with employers having to switch from in-office to work from home very quickly. As remote and hybrid models continue to be the norm, Australian organisations have had to work hard to not only retain their mobile talent but take advantage of the new international talent market. Employers are no longer forced to search domestically for new candidates; the remote work revolution means HR can hire from anywhere at any time – something that is set to transform the Australian talent landscape. However, as it stands right now, Australia is experiencing a talent shortage. Research by Reward Gateway found that 42% of employees and HR leaders plan on leaving their jobs by year-end, which will have a huge impact on the skills economy.

“Just two years ago, employers readily accepted the notion that location incubates talent,” Craig Goldblatt, VP partners and alliances, Globalization Partners – another award sponsor – told HRD. “In the past year and a half, however, companies worldwide began to experience – mostly compulsorily – the remote work model. Today’s context is punctuated with a more challenging talent war, widening skills gaps and closing borders. Talent has become the new oil, and we see that companies that separate from the pack and develop meaningful remote work practices are best able to attract and retain talent. When adopted correctly, remote work provides a bounty of opportunities, allowing companies to expand at realistic and sustainable rates while ensuring employees maintain or increase productivity and engagement. A positive double.”

Wellbeing as a priority
One of the unforeseen impacts of the pandemic is the toll it has taken on employee mental wellbeing and psychological health. According to the Australian Bureau of Statistics, one in five Australians reported high levels of psychological distress linked to COVID-19 – with levels of depression and anxiety rising. And while this is all intrinsically bound up with the ongoing pandemic, it would be remiss of HR leaders to think that, once COVID-19 is gone, so too are the mental health concerns. One of the topics debated at this year’s Awards was the link between employee mental wellbeing and employer recognition.

“What with unblurring the line between home and work and surging social engagement, businesses will need to have a renewed focus on wellbeing if they are to achieve a great employee and customer experience,” said Emma Harvie, manager client services, at award sponsor Achievers.

“While for many companies adversity has brought out the best in their teams, other employers need to be taking steps to invest in the physical and mental wellbeing of their teams as part of their recognition and reward strategy. Recognising inclusive behaviours, empowering leaders to recognise and reward, encouraging exercise, mindfulness and taking leave when needed should be leading agendas in the months ahead, all with the goal of supporting people and building more resilient, productive workforces. This can start with saying a big thanks for the past year and a half, acknowledging continued efforts through lockdowns, to ensure employees feel seen, heard and valued.”

Looking to 2022 and beyond
If there’s one positive we can take away from the past 12 months, it’s that HR is in a very different space than it was at the start of 2020. Not only have practitioners cemented themselves as strategic business partners, but we’ve seen a real commitment to HR from the boardroom. This year’s Awards really did show that HR isn’t one function – it’s linked to every arm of the business. Seeing CEOs and directors step up and explain how proud they were of their people teams made us feel refreshed and hopeful. HR has always talked about ‘having a seat at the table’ – now they know they do.

The call for nominations was open to all HR professionals, teams, companies and organisations – including HR service providers – from across Australia.

The Australian HR Awards team conducted research and used knowledge and information gained through HRD Australia to verify and support nominations received. Excellence Awardees were determined from both pools of information.

After all nominations were considered and research was completed, Excellence Awardees were selected in each category and notified via email or phone.

Excellence Awardees were announced on 15 June 2021 on the Australian HR Awards website and promoted by HRD Australia.

All Excellence Awardee submissions were forwarded to the independent judging panel comprising esteemed experts, thought leaders and veterans in and around the HR profession. The panel assessed and voted for their winners in each category according to the relevant category criteria.

Voting was held in August 2021, and the panel’s judgment was impartial, balanced, incisive and fair. Any judge with a conflict of interest in a category had to recuse themselves from judging that category.

Using a simple points system to aggregate the judges’ votes, the Excellence Awardee with the top score in a category was named winner.

Winners were announced at the awards show on 17 September 2021 and on the Australian HR Awards website. They were also promoted in HRD Australia.

Here are the winners of Australian HR Awards 2021:

Australian HR Director of the Year

Australian HR Manager of the Year

Best Use of Technology 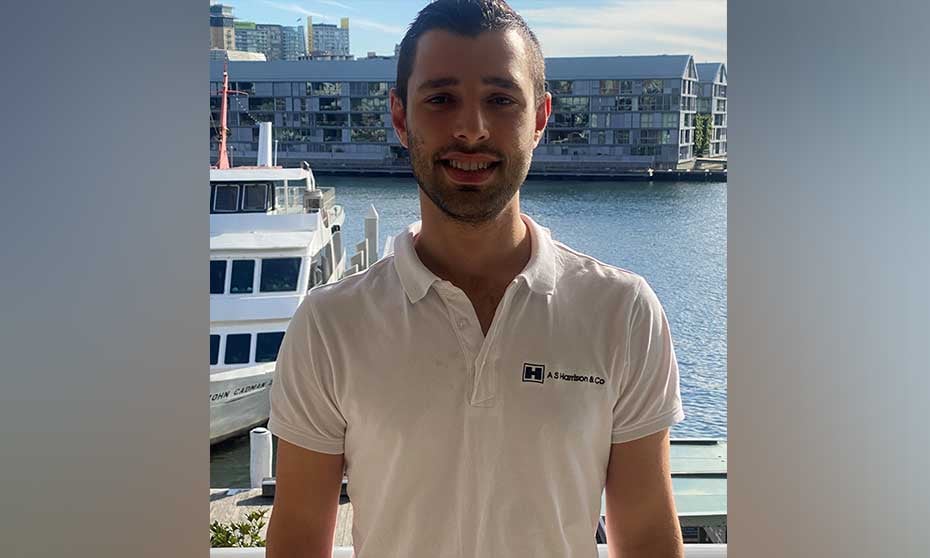 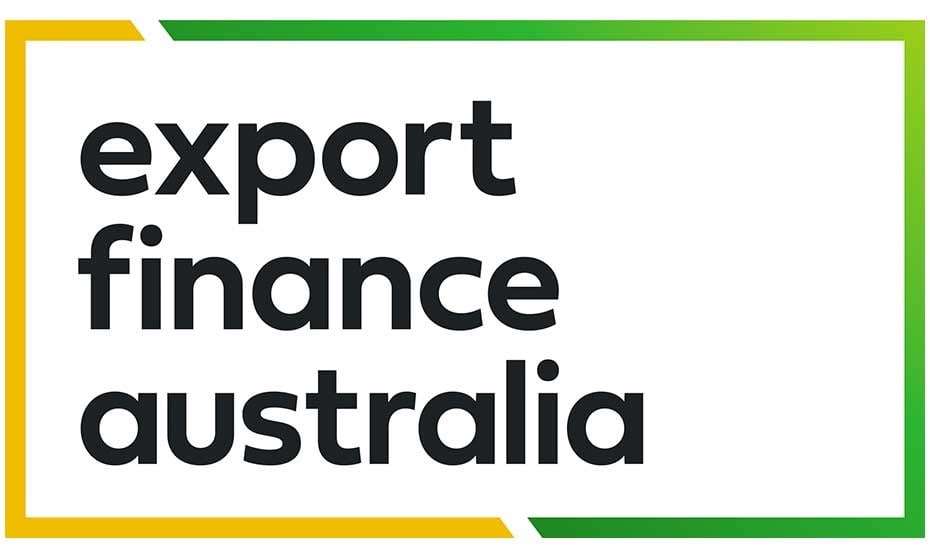 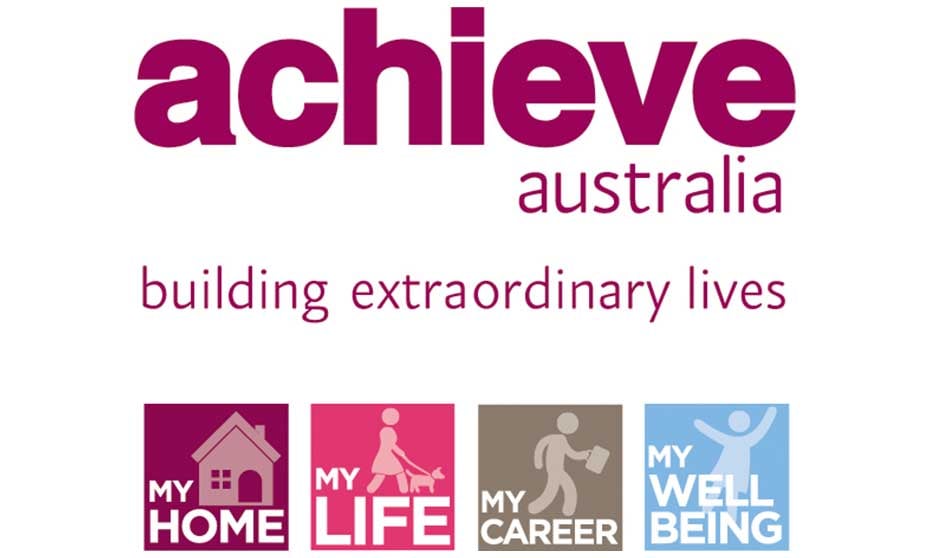 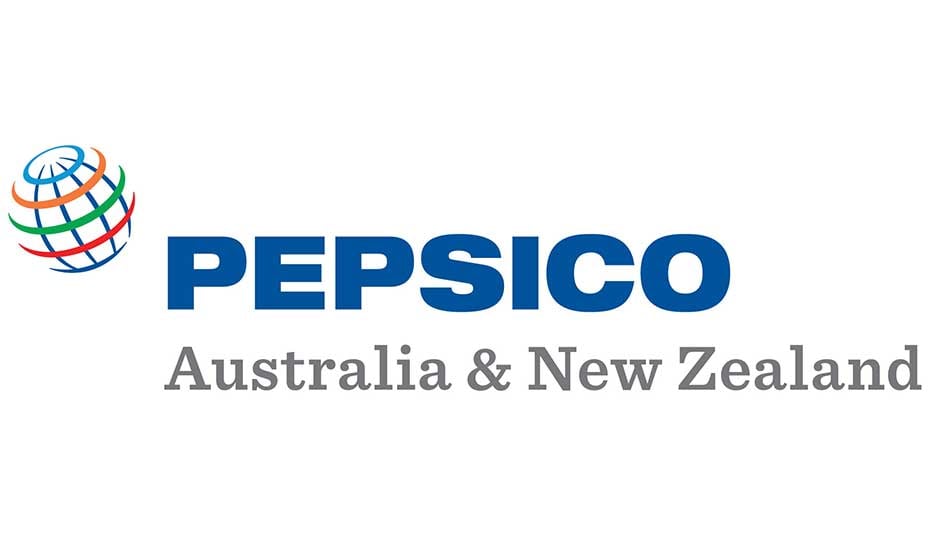 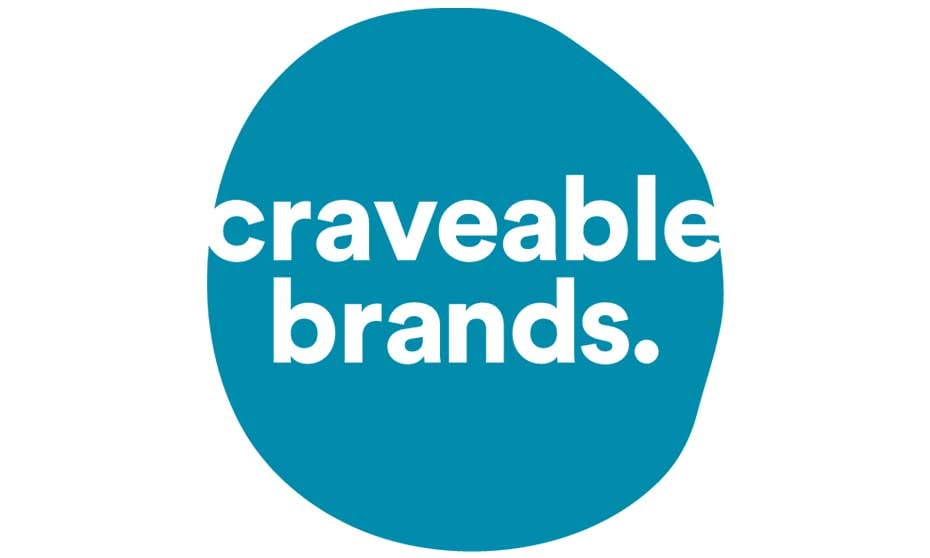 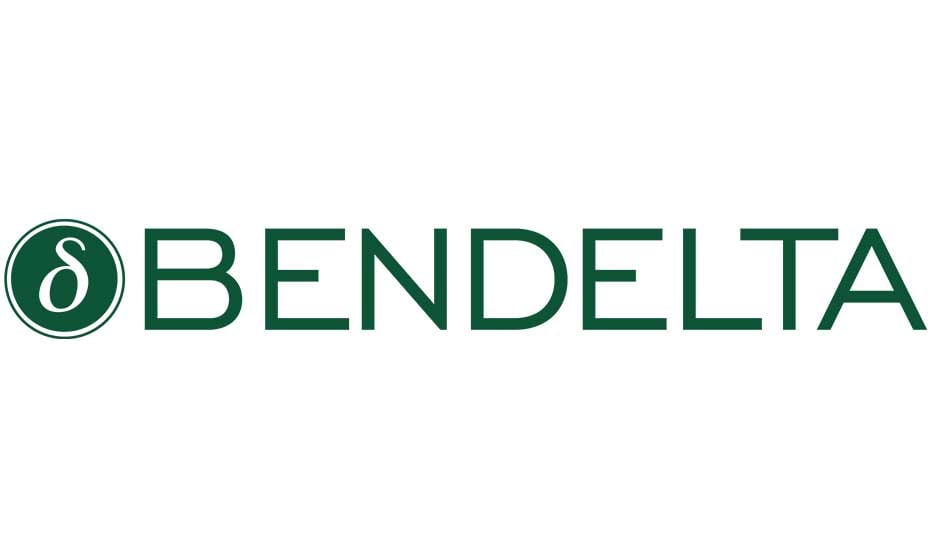 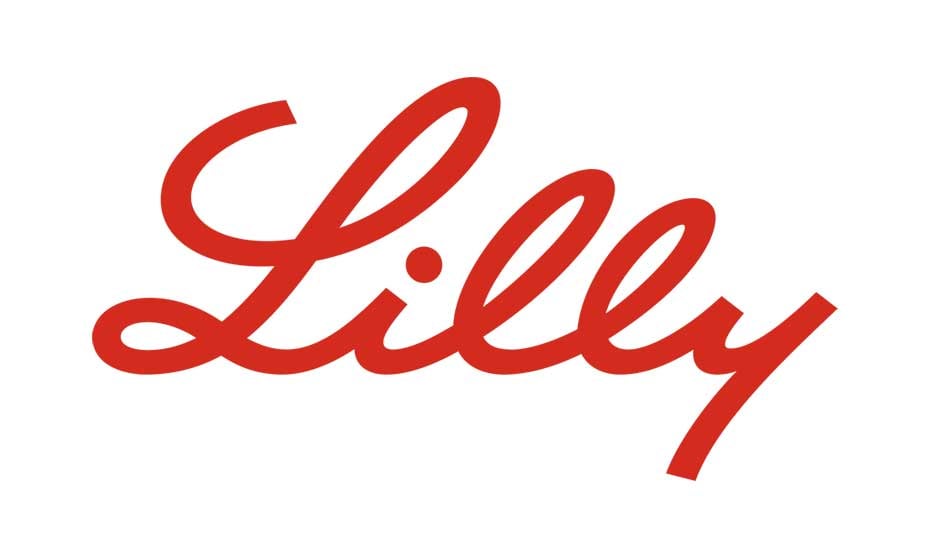 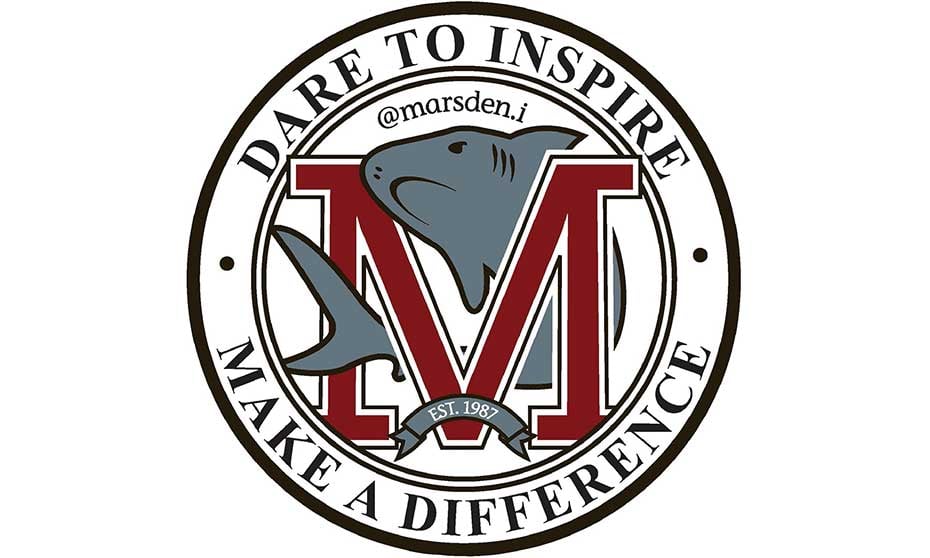 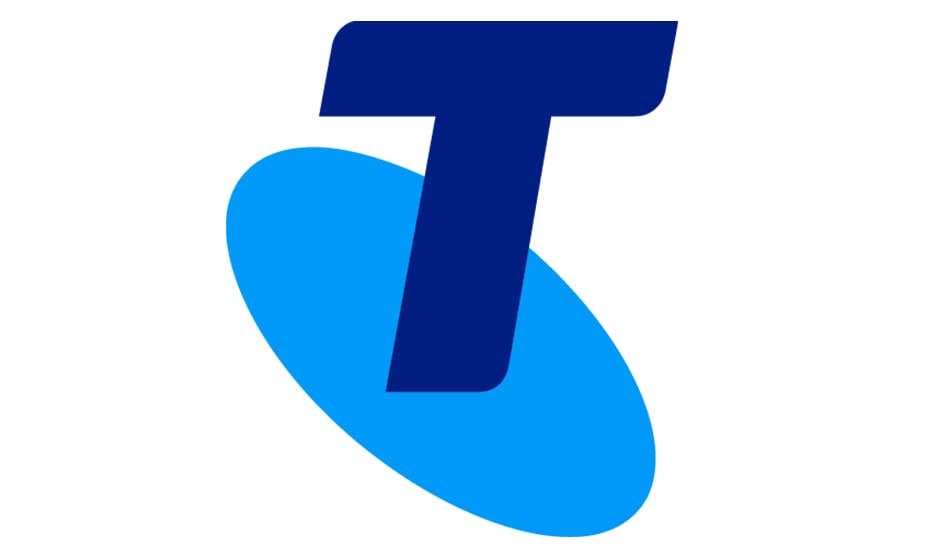