Working in a crisis: How to help troubled staff

If an employee’s performance is suffering due to personal issues, what can HR do to bring calm and focus to the situation? 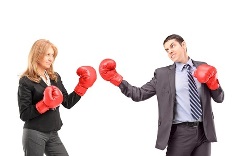 While most people try to separate work and home life, in some instances personal issues can affect both individual staff and team performance.

Mike Irving, business mentor at Advanced Business Abilities, talked to HC about what HR should and shouldn’t do when attempting to manage problems and bring order back to the workplace.

“One mistake that a lot of supervisors make is regularly and consistently solving problems for their team. The problem with that is it’s the wrong flow.”

“In both of those scenarios, the reason you’ve hired them is to solve problems for you. So if you find that you’re solving problems for them, it’s the wrong flow.”

Managing personal issues brought into the workplace can therefore be as simple as asking the individual to come up with three of their own solutions, he said.

“Give the problem back to them rather than just solving it. The moment you solve it for them – the moment you take it off them and decide to do it – you’re teaching them that that’s what’s going to happen every time they come to you with a problem that they don’t know how to solve.”

If, after a month or so, this solution hasn’t brought about any improvements, it might be time to check whether that individual is actually competent for the role, Irving said.

“Give them some further training and if that doesn’t work then it’s likely time to ask that person to leave.”

Actually giving people the self-management skills they require to look after their own issues can be tricky, he acknowledged.

“It’s bloody difficult for someone to coach and train those into a team member. It’s not easy. So really that training step is going to be more operational rather than soft leadership skills from the perspective of the supervisor.”

Another question to ask is whether the person actually wants to learn these types of soft leadership skills, he said.