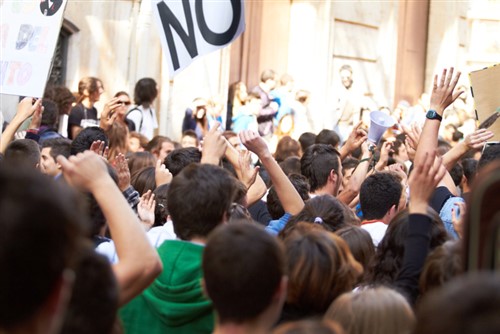 The Australian Council of Trade Unions (ACTU) has organised a series of rallies this week, beginning in Perth and continuing in other cities and regions. The union said it is demanding a revamp of rules governing “exorbitant CEO pay”.

CEO salaries have soared to nearly 435 times the average salary in the country, data from the Australian Bureau of Statistics showed.

Research from the ACTU also found eight in 10 workers in Australia, on average, have not received a pay increase high enough to keep pace with rising living costs while almost half have not had a pay increase at all in the past 12 months.

The Australian Council of Superannuation Investors revealed in July a list of the country’s highest-earning executives, including Domino’s Pizza CEO Don Meij who took home $36.84m in 2017. The data also indicated a 12.4% pay increase for the country’s top 100 CEOs.

Workers aren’t the only ones up in arms over executive pay, however.

Telstra shareholders have expressed dismay at this year’s meeting over CEO Andy Penn’s $4.5m pay packet. The company apologised last week over the lack of clarity in calculating executive pay.