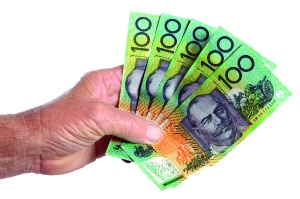 Workers’ worries about money matters is costing Australian business an estimated $55.2 billion a year in lost productivity, with 25% of Australian workers spending more than three hours a week worrying about their personal finances at work.

Over a quarter of working Australians also say their financial situation keeps them up at night and a third say it is a cause of stress.

These insights were revealed in The Financial Fitness of Working Australians 2016 Report commissioned by Map My Plan, which surveyed 1,573 workers – a statistically representative sample of the Australian working population.

Paul Feeney, founder of Map My Plan said Australian workers’ financial fitness had plateaued at 113 out of a possible 200, similar to last year’s result of 114.

Feeney said, “Australian workers are now saving a little more for a rainy day, because we are more worried about our financial future. Notably, people are increasingly concerned about housing affordability, relying on the pension, and healthcare costs.”

Those who are particularly worried, and often doing it tough, include renters, casual workers, women and Generation Y.

Renters and casuals under strain

“We’re seeing a worrying trend in the rise of the renting underclass – 37% of renters are having difficulty making ends meet, and 40% say their finances are a major cause of stress. Renters have a financial fitness score of just 99 out of a possible 200.

Casual workers are also vulnerable with 22% saving nothing each month, and almost half are having difficulty making ends meet. Casual employees are more likely to be aged under 25 and women.

The research revealed the depth of financial inequities between genders beyond the pay gap. Women, scoring 106, were on average less financially fit than men at 120. They are less likely to have a financial plan, or feel they have enough knowledge to make sound financial decisions for their future.

“The differences between women and men are particularly pronounced among those experiencing severe financial distress, with more women experiencing acute financial hardship. There are many more women than men worrying about their finances; they’re less likely to be able to absorb a financial shock and lack the freedom to leave their job or live the lifestyle they want,” said Mr Feeney.

The research also revealed substantial differences between the generations. Despite their reputation for frivolous spending, new research shows Generation Y workers are taking control of their financial future. Generation Y, is more financially fit than Generation X and, at 42 per cent, it’s the generation most likely to be saving more than 10 per cent of their income each month. Gen Ys are also more likely to have