Will virtual reality be the next big tech trend in HR? 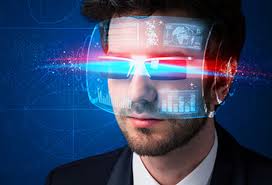 Whi
le most people would associate virtual reality (VR) to gaming, financial services firm Fidelity Investments is experimenting with ways it can be used in the workplace.

Hence their prototype for a retirement VR app that, according to Sean Belka, senior vice-president at Fidelity Labs, could help “human resources managers to keep track of employees and their retirement plans”.

He further explained to Fortune that “VR’s focus on compelling visuals could be a way for people to better digest complex information”.

“Virtual reality represents the next step in showing off data in more captivating ways than being presented in the form of a two-dimensional spreadsheet or document,” he said.

In a demo presented to author Jonathan Vanian, users are initially shown a primitive digital cityscape with one skyscraper supposedly representing the company and other buildings representing competitors.

Vanian’s initial assessment was that it seemed rather drab but Belka was quick to point out that that distinguishes it from being a game and more of a professional app.

Once you enter your ‘building’, you are taken to a boardroom reminiscent of a university lecture hall where you can request to see visual representations of the employees. They are then divided into sections, depending on how long they have been with the company.

The employees are presented in either red or green colour, with the latter meaning they have a “solid preforming investment plan” while the former means the employee might have “potential retirement hiccups down the road”.

“Although HR managers typically have access to this type of investment data on their employees, presenting the data in a more immersive matter could help them better digest the abstract information,” said Vannian.

Belka added that “there’s something ‘visceral’ about seeing the data presented in the form of a three-dimensional graphic that users can manipulate … virtual reality could eventually be a hit with businesses”.

However, based on their tests with nearly a dozen HR customers over the past month, Belka conceded that it will take some time before people start embracing its use.

“Some people were excited about the possibilities the app showed could be done through virtual reality, but the general consensus was that this is only a prototype and not something ready for primetime yet.”

He said that they plan on rolling out this and future VR apps steadily and in a measured manner in the coming months.

“We are taking a somewhat realistic view. We’re not looking to go to scale tomorrow,” he said.

HR is “off target” when managing mature workers