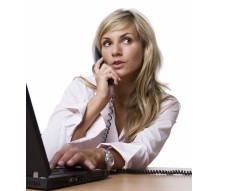 They may have been once called revolutionary but with the advent of more modern technology, will phone calls soon go the way of the telegram?

Business consultant Larry Alton said that for many workers, particularly in a largely millennial workforce, traditional phone calls are starting to become obsolete.

“With the millennial generation working both intentionally and unintentionally to change the tenets of the prototypical ‘office’, will there ever be a point where phone calls are no longer used in modern businesses?” he asked at Forbes.

He said there are four reasons phone calls are starting to lose their popularity in some organisations:

No way to read body language – Most people use body language to gauge the other person’s emotions and phone calls make it harder to do so. While email and text pose the same problem, they do make up for it in other ways, such as the use of emoticons;

Disruptive in a negative way – We carry our phones with us so anyone can potentially call at any time, and “any unplanned phone call can be a disruption [because] there’s an imbalance of preparedness between the caller and the called”;

Inefficiency of conference calls – These are particularly hard to manage when there are three or more people on the call where participants tend to interrupt each other; and

But phone calls are not without its benefits, he added.

For example, phone calls still offer a degree of privacy and improvements on devices also mean that voice quality in most devices are now clearer.

“Finally, it’s important to remember that some people really do enjoy phone calls more than any other mode of communication,” he said.

Alton predicts that phone calls will remain relevant in most workplaces in the next decade but advances in technology might mean we see newer, more innovative ways to communicate.

“It’s reasonable to suggest that phone calls will eventually die to one of these new marvels—but for now, the phone call, despite its flaws and disadvantages, is here to stay,” he said.