Why narcissists do the best at job interviews

One psychology professor claims interviews are biased against modest people and those from self-effacing cultural backgrounds. 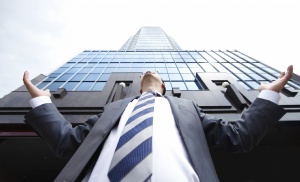 “A job interview is one of the few social situations where narcissistic behaviors such as boasting actually create a positive impression,” said Paulhus. “Normally, people are put off by such behaviour, especially over repeated exposure.”

Paulhus and his team recorded faux job interviews with participants and asked hundreds of managers to rate them. They also used questionnaires to measure the participants’ levels of narcissism. Those who scored highly on narcissism also tended to be rated as more attractive candidates for the position, even when they were equally qualified.

A disturbing aspect of the narcissism bias is that participants from Japan, China and Korea exhibited lower levels of narcissism – presumably because of cultural differences – and were thus less likely to receive “definitely hire” ratings.

“The pro-narcissism bias results in an indirect cultural bias – particularly against East Asians,” said Paulhus. “Interviewers should look beyond cultural style and assess individual qualifications. Instead of superficial charm, interviewers must analyse candidates’ potential long-term fit in the organisation.”