Why innovation is a dangerous game 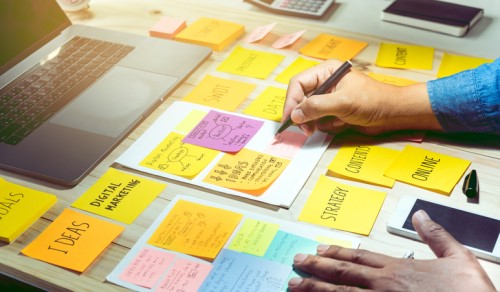 The head of an award-winning innovation consultancy has spoken out about the perils of pushing for progress, saying it can actually cause serious problems in the workplace if it’s not done properly.

Amantha Imber, CEO of Inventium, recognises that there is a raft of potential benefits associated with innovation – from improved fiscal outcomes to higher employee engagement.

“Aside from the financial benefits of finding new ways to drive revenue and profitability, we almost always see huge benefits from an employee engagement point of view,” she tells HRD.

“That’s because, ultimately, the best employees want to work on projects that matter and projects that make a difference – what better way to do that than by innovating?”

However, Imber is quick to warn that if organisations aren’t fully committed to supporting innovation and implementing change, they’ll soon suffer the consequences.

“Employees feel such a great sense of pride when they’re able to come up with an idea that gets implemented or even experimented with – that’s a huge source of pride which is a significant driver of engagement and loyalty,” she says.

“However, one of the danger areas of innovation is where you’ve got a leadership team that doesn’t walk the talk,” continues Imber. “They might pay lip service to it but not actually provide appropriate resources in the form of time or money – when that happens, engagement can actually take a dive rather than increasing.”

Imber says it’s incredibly easy for employees to get disengaged if they’re doing their best to innovate but the organisation isn’t prepared – or even equipped – to implement change.

For organisations that want to position themselves as an innovator, Imber says there are four things that must take priority – firstly, creating what she calls an innovation process.

“Within mid to large sized organisations, it’s hard for innovation to happen organically,” she tells HRD. “You need a deliberate process so employees know how to interact with innovation and participate in innovation within their organisation.”

Secondly, Imber says organisations need a set strategy around innovation and clear areas of focus for where you want staff to be innovating.

“That’s opposed to going blue sky which is a great way to get innovation that gets you way off strategy which isn’t really recommended,” she says.

Next, Imber says organisations must invest in building innovation capability of their employees.

“You need to deliberately build that capability because most people are not born innovators but it is something they can be trained to get better at,” she says.

Finally, organisations must be sure to create a workplace culture in which innovation can thrive.

“It’s one thing giving employees the skills but it’s another to create the right environment in which the skills can be used,” she tells HRD.