Why HR should embrace tough love

Sometimes, the kindest thing to do is to tell employees the harsh truth – even if they don’t want to hear it 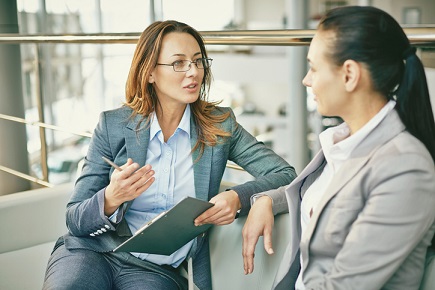 HR professionals should embrace tough love and never miss an opportunity to tell employees the harsh truth – that’s the advice from one top leadership coach who says it’s the kinder thing to do in the long run.

“The best way for HR to serve everybody within the organisation – from junior staff to the CEO – is to be authentic, to be real, to be approachable and to focus on the things that really matter,” says executive advisor Karen Gately.

“That’s why I never rob people of the opportunity to understand the truth – if I can deliver some tough love and give them real insight to how their thinking or their behaviour is influencing their career, then I’ll do it and I see that as being in service to them as well as the organisation.”

Gately, who was formerly the HR head at investment giant Vanguard, says it’s not in anyone’s best interest to give them a false perception of their worth or ability.

“If they don’t know something is wrong – either with their behaviour or their capability – then they can’t take steps to change and the organisation can’t extract value,” she tells HRD. “It’s kinder to tell someone their reality so they can actually do something about it.”

While the conversation will ultimately be difficult, Gately says employees prefer to be told the truth and kept in the loop rather than suddenly being told they’re in serious trouble.

“People do not appreciate being blindsided or being taken by surprise,” she says. “They’ll feel ripped off if you fail to tell them the truth then suddenly want to hold them accountable.”

Being honest with employees – in both the good times and bad – also fosters a relationship of trust between leaders and staff.

“If you are consistently fair, consistently commercial, consistently focused on the collective good, then people will respect that and they’ll trust you,” she continues. “So that ability to have a tough love conversation is fundamental because you can’t influence anybody if they don’t trust you.”