Why HR leaders need to be more argumentative

HR leaders should be encouraging spirited debate and constructive conflict, according to a leading academic. 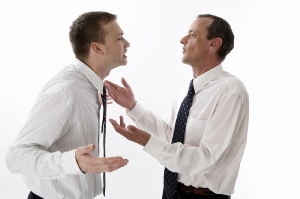 Aus
tralian leaders are too preoccupied with “getting along” to focus on what they should be doing, which is encouraging constructive conflict for the organsiation’s greater good, according to a leading academic.

In the modern workplace, being labelled argumentative often brings about negative connotations, said Professor Robert Spillane, Professor in Management, Macquarie Graduate School of Management (MSGM) ­– but in the past, this was considered essential for strong leadership.

“The heart and soul of management used to be arguing: as a manager, you were essentially being paid to argue a case,” he said.

“If people are genuinely interested in being leaders rather than managers, then they should note that historically, they would have been told to encourage argument.”

It is partly a cultural issue, as Australian leaders are “far more likely” to emphasise the importance of getting along with each other in the workplace than their counterparts in America, Germany and France, Spillane added.

“What HR departments could well concentrate on is making people’s strengths productive and their weaknesses irrelevant. If we’re working with someone who is somewhat introverted and doesn’t like to speak to a room, for instance, then it may mean that the person doesn’t work on the front bench with the public,” he said.