Why HR can’t be off duty at the Christmas party 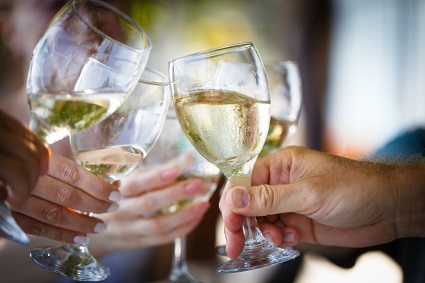 If there’s one time of year when HR can let loose and have a little fun, it’s the Christmas party – right? Well, sort of. According to one industry expert, HR professionals are perfectly entitled to enjoy the festivities but that doesn’t mean they can drop their guard entirely.

“There’s no reason we should have play the role of the fun police,” says top leadership coach Karen Gately. “We do ourselves a disservice when we don’t have a sense of humour, don’t let our hair down and don’t get into the spirit of an event,” she adds.

In fact, Gately says letting loose can have a positive impact as employees get to see the human side of their executives – but there is a limit.

“Staff often love the opportunity to see their boss get a bit silly and get a bit loose so HR can behave in ways that are more familiar or relaxed but that has to be within reason and you don’t need to be drunk to do that – you need to retain full control of your own senses,” she says.

If leaders do end up lowering their inhibitions and letting their guard drop too far, Gately says they could face problems if they find they need to discipline staff for inappropriate behaviour.

“If you want to hold someone accountable for something, you need to demonstrate behaviours that you’re expecting from everyone else – so if you’re getting untidy, then your credibility is clearly undermined,” she tells HRD.

“Also, you can’t afford to be off duty because if somebody gets hurt or behaves in a way that sees them marched out the door, and HR was there, then quite reasonably people are going to be asking what HR was doing and why they didn’t step in.”

While HR has an obligation to set the tone of a Christmas party, Gately says leaders shouldn’t be too heavy-handed when it comes to correcting behaviour.

“You have to demonstrate that you understand the fact that your employees are people and they have a right to let loose and have fun – as long as it’s safe and respectful,” she says.

In fact, Gately recalled one Christmas party around 15 years ago when two younger employees were passionately kissing in front of a very uncomfortable CEO.

“He looked like he wanted to crawl under the table and hide but all it took was a quick informal word with the two employees to snap them out of it,” says Gately.

“You don’t have to overreact and you don’t have to judge people for making decisions that might not be the best in that moment,” she continues. “In fact, I’ve seen them since and I rib them endlessly about it.”