Why Gen Z will change the way you lead 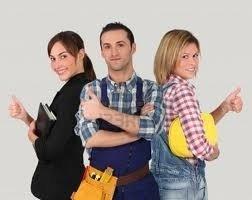 an style="line-height: 20.7999992370605px;">Born between 1994 and 2000, Generation Z might seem a little baby-faced to most HR managers but, according to one new study, they’re set to change the landscape of leadership as we know it. The survey, conducted by Randstad in collaboration with Ipsos Reid, found that Gen Z has significantly different interests and preferences to their predecessors and suggests employers will have to make some major changes to stay relevant. “There’s a big difference between the way Generation Y think and the way Generation Z think,” says Ranstad president Tom Turpin. “Employers will have to have a very different plan to attract Generation Z.” Leadership  One of the biggest differences between Gen Y and Gen Z will be their preferred style of leadership, says Turpin. “The big thing for employers to consider is that Gen Z actually wants to be mentored and managed,” Turpin told HC. “They’ve started to think long-term again, Gen Y likes instant feedback but doesn’t necessarily want to be mentored and guided – the want to do things on the own. That’s not the case for Gen Z. “ Tuprin says employers will need to prove they have systems in place to support new workers in their professional development.  “Gen Z places a tremendous amount of value on an employer’s ability to mentor and teach them – managers will need to demonstrate they can do that,” he explained. CSR Giving back to the community was a key influencer for Millennials but financial remuneration was of utmost importance. For Gen Z, CSR steals the top spot – 82 per cent said it was an important role for any employer. However, it seems the up-and-comers are reimagining what social responsibility means. The youngest working generation now wants to see companies creating jobs within their community. “It makes sense for those aged 15-21 because in the last five years, the years that are most formative for them, they’ve seen very different things to the generation before them,” explains Turpin. “The generation before saw a lot of affluence and a consumer driven economy – Generation Z has seen a much more challenging time. They’ve seen their parents struggle and that could explain the emphasis on job creation.” Social media But giving back to the community and actively creating jobs still won’t be enough to win over the best and brightest. According to Turpin, employers will need to make their activity highly visible on social media. “You have to look at all the platforms and talk about what you’re doing,” advises Turpin. “Actually show them what you’re doing around charity in the community as well as what you’re doing to help job creation.” Communication As Gen Z were born and raised in an ever-connected era, you’d be forgiven for thinking they’d value technology-driven communication over all else – that’s not the case. According the study, Gen Z values face-to-face communication (45%) above all other forms, including email (26%), phone (11%), instant messaging (9%), social networking (8%) and video conferencing (2%). Communication was also highest on the agenda for what makes a good manager – 41 per cent said the most important quality of a leader is the ability to communicate, well ahead of honesty (19%), confidence (12%), commitment (10%) vision (10%) and patience (8%). “Gen Z will be looking leaders who can communicate exceptionally well,” says Turpin. “They want a two-way dialogue and the level of importance they place on that comes above money. Prepare  Employers who start making changes now will be perfectly places to attract the brightest – albeit baby-faced – new recruits as they emerge into the world of work. “The advice I’d give employers is around preparation,” Turpin told HC. “Demonstrate to them that you have a very different plan to the one you had for Gen Y. The full Randstad study on attracting, engaging and retaining Gen Z workers can be found here.