Reports have emerged that bullying is rife in hospitals where teaching occurs – but medical residents are afraid that reporting their seniors’ inappropriate conduct could jeopardise their careers. 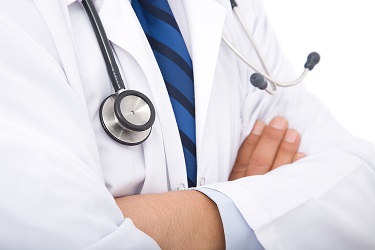 Reports have emerged that doctors undergoing their prevocational training are being bullied and harassed by bosses in hospitals across Australia – but these behaviours are remaining unreported as victims fear taking action would damage their careers.

This has led to concerns that some doctors’ teaching methods – which are alleged to incorporate fear and humiliation – are contributing to high levels of anxiety, depression and burnout, jeopardising the wellbeing of both resident medical officers and their patients.

A recent study which delved into the experiences of 18 trainee doctors in Victorian hospitals found that most interns and residents have either seen or experienced these incidents themselves – some said that they felt the behaviours were causing clinical anxiety.

This comes after junior doctors’ working conditions were recently called into question following the sudden and unexpected deaths of three trainee psychiatrists and an intern working in Victorian hospitals.

Caroline Lambert, a former hospital social worker, interviewed the interns for a PhD on the topic. She reportedly said that none of them knew the hospitals’ policies on bullying behaviour – but this was irrelevant, as they would never consider reporting it.

“It's a small industry, it's hugely competitive and there are a small number of positions,” she told The Canberra Times. “There is no confidentiality. People say, ‘Oh we won't say anything and no one will ever know where the complaint came from’, but the reality is, they do.”

Lambert added that the participants said several hospitals and senior doctors had reputations for bullying, but that this was expected and often viewed as excusable. They also reported that there was an established culture of fear, humiliation and “tough love” in hospital teaching.

A 2013 study by beyondblue, which surveyed 1800 medical students in prevocational training, found that:

For all of these categories, the rates massively exceeded those of the general population.

One of the participants in Lambert’s study referred to “ring of fire” tests of emotional strength and will power.

“You know your years as a junior doctor are supposed to be hell,” another student said.

According to The Times, one participant recounted being asked rounds of impossible questions while she was holding a patient’s heart during surgery; she said that an anaesthetist was attempting to mouth the answers to her as he had seen the teaching technique before.

“The stakes were so high and [the medical student] was so terrified,” Lambert said. “Students talk a lot about this sort of intellectual humiliation.”

Helen Schultz, who is a Melbourne based psychiatrist and mentor to medical interns and residents, told The Times that she was concerned bullying across the medical sector was leading to mental illness among students and newly qualified doctors.

Schultz also suggested that these practices could potentially be causing errors and ultimately harm to patients.

In 2006, a residential medical officer who administered an incorrect dosage that caused severe brain damage to an infant spoke of being intimidated by senior doctors who made her feel she could not ask too many questions.

Schultz said that an independent healthcare authority should be set up to provide those in prevocational training with a platform to submit anonymous reports about bullying.