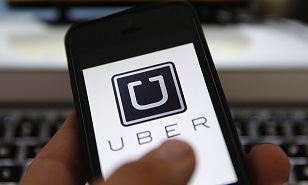 A t
op software engineer at Uber has resigned after he allegedly failed to disclose that he’d left his previous job at Google because of a sexual harassment allegation.

Amit Singhal was reportedly asked to resign by Uber CEO Travis Kalanick on Monday after joining Uber just over a month ago.

Singhal allegedly sexually harassed a female employee in a different department at Google and she filed a formal complaint against him. The employee didn't want to go public which is allegedly why Google decided to allow Singhal to leave quietly.

After an internal investigation, Google reportedly found her allegations "credible" and was planning to fire Singhal, according to Recode. Singhal denied the allegations but resigned in February 2016.

Uber sources said that the company did extensive background checks of Singhal and that it did not discover any hint of the circumstances of his departure from Google, according to Recode.

Moreover, Singhal said he left Google a year ago for his own reasons and added in a statement that “harassment is unacceptable in any setting”.

“I certainly want everyone to know that I do not condone and have not committed such behaviour,” he said.

“In my 20-year career, I’ve never been accused of anything like this before and the decision to leave Google was my own.”

Singhal was head of search technology at Google’s Alphabet Inc. and left last year after 15 years with the company.

In the blog, Fowler made allegations of sexual harassment and discrimination at Uber, claiming that management repeatedly ignored her complaints, protected a repeat offender and threatened to dismiss her for raising concerns.

“When I joined Uber, the org I was part of was over 25 per cent women. By the time I was trying to transfer to another engineering organisation, this number had dropped down to less than 6 per cent,” Fowler wrote.