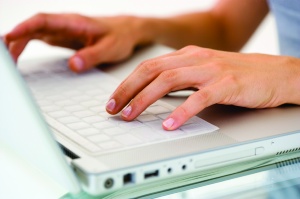 In the blog, Fowler made allegations of sexual harassment and discrimination at Uber, claiming that management repeatedly ignored her complaints, protected a repeat offender and threatened to dismiss her for raising concerns.

“When I joined Uber, the org I was part of was over 25 per cent women. By the time I was trying to transfer to another engineering organisation, this number had dropped down to less than 6 per cent,” Fowler wrote.

“When I asked our director at an org all-hands about what was being done about the dwindling numbers of women in the org compared to the rest of the company, his reply was, in a nutshell, that the women of Uber just needed to step up and be better engineers.”

Kalanick replied to the blog post by saying “what she describes is abhorrent and against everything Uber stands for and believes in”.

“It’s the first time this has come to my attention so I have instructed Liane Hornsey our new Chief Human Resources Officer to conduct an urgent investigation into these allegations,” he said.

“We seek to make Uber a just workplace and there can be absolutely no place for this kind of behaviour at Uber — and anyone who behaves this way or thinks this is OK will be fired.”

Fowler, who worked at Uber from November 2015 to December 2016, claimed that a manager immediately propositioned her for sex on her first official day on the team.

“I expected that I would report him to HR, they would handle the situation appropriately, and then life would go on - unfortunately, things played out quite a bit differently,” she wrote.

“When I reported the situation, I was told by both HR and upper management that even though this was clearly sexual harassment and he was propositioning me, it was this man's first offense, and that they wouldn't feel comfortable giving him anything other than a warning and a stern talking-to.

“Upper management told me that he "was a high performer" (i.e. had stellar performance reviews from his superiors) and they wouldn't feel comfortable punishing him for what was probably just an innocent mistake on his part.

“I tried to escalate the situation but got nowhere with either HR or with my own management chain (who continued to insist that they had given him a stern-talking to and didn't want to ruin his career over his "first offense").

"Over the next few months, I began to meet more women engineers in the company. As I got to know them, and heard their stories, I was surprised that some of them had stories similar to my own."