Trouble-maker or critical thinker – which ‘bird personality’ are you in the office?

One expert outlines the key ‘bird-like’ personality types which are likely to appear in every office. 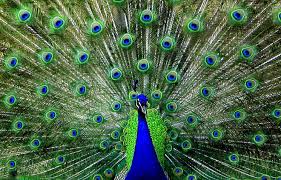 Mike Irving, a Perth-based business performance mentor, has said that offices are a “hive of personality types” – but warns that most people underestimate the impact personality can have on the bottom line of a business.

Irving, who has studied the behavior of hundreds of people, has found that the ‘peacock’ personality – which is typical of salespeople – has the most potential to cause problems.

Psychological studies often use the term “peacock” to describe these personalities because of their need to “show off”.

“They’re more likely to go into debt to buy their dream car, get the latest fashion look and always have the most up to date gadgets and phone,” Irving said. “I’m sure everyone can think of at least one person in their office who fits into this category – they strut around and seem successful because of the image they portray, commonly borrowing other people’s ideas but communicating it so succinctly that they convince people that they came up with it in the first place.”

According to Irving, there are three other significant personality types that have also been well documented.

“In his book What Makes People Tick, Des Hunt came up with these interesting bird analogies – I see them all every time I go into a workplace,” he said.

The four key ‘bird personalities’ are: “It is when any of these personality types is accompanied by any of the five main attitudinal traits of being critical, negative, blaming, dishonest or unsupportive that the problems start,” Irving said. “If you're hiring people with even one of the attitude traits, then you're going to have problems in the team.”

Personality is becoming more relevant to performance in today’s world of work, according to Irving.

“Increasingly, successful people are understanding that human potential is more about the inner work – things like using intuition and clearing negative energies,” he added.