These employers give both parents equal baby leave

Lucky mums and dads can expect the same time off at these generous US companies. 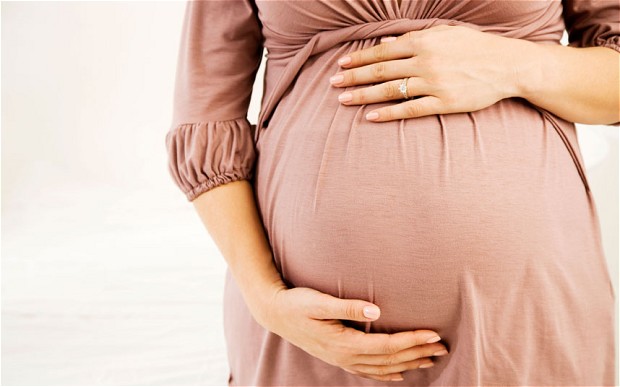 (Bl
oomberg) -- Cristian Igualt and his wife, Ana Castro, just had their second child. Now both parents are on months-long paid leaves from their job, making the family extremely lucky and rare in the U.S. workforce.

Igualt works at a software company, Optimizely, with a generous parental-leave policy: 17 weeks at full pay for all new parents. His female coworkers who have children get the same benefit. Castro is eligible for 12 weeks off at half-pay under California's parental-leave laws, which are more generous than other states. Unlike the vast majority of new parents, Igualt and Castro don't have to worry about earning money or keeping their jobs while caring for a newborn. "This means that both of us are involved in parenting and creating the norms of being active parents," Igualt says.

It's unusual for employers in the U.S. to offer paternity benefits at all, let alone to provide the same amount of paid time off for mothers and fathers. There's not even a legal requirement to offer paid maternity leave to new mothers. The Family Medical Leave act allows for up to 12 weeks of unpaid maternity leave, but it only applies to full-time workers at companies with 50 or more employees—a fraction of the U.S. workforce. A few states, including California, have stronger laws that still stop short of covering all parents.

That leaves maternity and paternity benefits up to employers, and most opt-out. Around 11 percent of workers are covered by formal paid family leave policies, according to a report by the White House. Of the companies that do offer benefits to new parents, most focus on moms who need time off to physically recover from giving birth. Only 17 percent of employers surveyed by the Society for Human Resource Management provide new dads with paid leave.

In some more elite corners of the workforce, however, there's a parental leave arms-race among employers trying to attract the best talent. At companies like Google and IBM, paternity leave is starting to become more commonplace, with the most generous employers offering all new parents the same amount of time off. "The newest trend is wrapping it all together," says Carol Sladek, a consultant at Aon Hewitt. Pressured by its peers, Amazon just added paternity leave to its benefits plan. Microsoft, in addition to doubling maternity leave to 20 weeks of paid time off, recently tripled paid leave for all other new parents, including adoptive, LGBT, and foster.

Employers with the most generous benefits for new parents appear to be erasing distinctions between mothers and fathers all together, as Optimizely has done. Last month Zendesk, a software development company, ditched its maternity leave for a new policy that encompasses any parent. Now all employees who welcome a new child are eligible for 16 weeks of paid time off. Netflix's new unlimited year-long parental leave policy includes mother and fathers alike, as do the benefits offered at Reddit, Facebook, and Square.

Those employers and states that offer paid time off tend to focus exclusively on mothers, and this emphasis puts the accompanying career handicaps of caring for newborns on women. Working moms already face what's called "the wage penalty for motherhood," a phrase used by sociologist Michelle Budig in her research showing that a woman's earnings decrease by 4 percent with each additional child. New mothers without paid leave tend to drop out of the workforce, as many studies have found, and the longer they remain out of work, the more it hurts their careers.

Yet the average mother takes two months more time off than the average dad, who only takes two weeks off, according to a 2014 study from the Boston College Center for Work and Family. A study from last year found 86 percent of men said they would take paternity leave, as long as they received at least 70 percent of their normal salary.

The companies at the forefront of egalitarian leave want to counteract this imbalance. Denying equal time off to new fathers "incentivises the dad to come back to work quicker," says David Hanrahan, the vice president of human resources at Zendesk. "It puts them in front of opportunities and pay increases and potential promotions."

When men do take parental leave, women benefit. In Sweden, for example, each additional month of leave taken by the father increases the mother's earnings by 6.7 percent. Maternity leave laws also only consider the most traditional family arrangements, leaving out parents who are adopting, working with surrogates, or fostering. "When an LGBT parent says, 'Hey, my spouse and I are expecting, how does this apply to us? Do we get the 16 or four weeks?' It's kind of awkward," says Hanrahan.

Of course, there are costs associated with providing long- term leave to more employees. Optimizely open-sourced the financial model it used to calculate the incremental costs of having parents out on leave. If 20 employees from the 400-person software company took leave, the total incremental cost per employee would be $1,634. "That’s roughly the cost of a business trip per employee," says Bill Press, Optimizely's director of engineering and the creator of its parental-leave financial model. The model also doesn't take into account the productivity and retention savings.

Having two parents at home makes caring for a newborn easier. Igualt, the Optimizely employee enjoying more than four months of paid leave, offers breastfeeding as an example. "It's important that she starts to pump and save milk for when she goes back to work," he says of his wife. "That is something that immobilises her. Meanwhile there are two other kids that need to be taken care of." If Igualt couldn't take off work, the family might have to pay for additional child care, something not all parents can afford. Plus, he would miss out on bonding time with his children. A 2007 study found that dads who take more time off are more involved in child care once they return to work.

Attitudes about paternity leave are shifting. When Igualt mentioned his paternity leave to his friends and family outside of the Bay Area, he found that many advised against taking the entire time offered by his employer. Only peers in Silicon Valley encouraged him. "It's worth making clear that [parenting is] really hard," says Igualt. "With the extra time, there is less stress on the whole family. We're both able to be our better selves, both at home and also at work."