The IKEA effect: Why employers should say “tack” to their workers

The IKEA group recently unveiled its new employee reward scheme, Tack!, which the company has contributed $282 million to over the past two years. 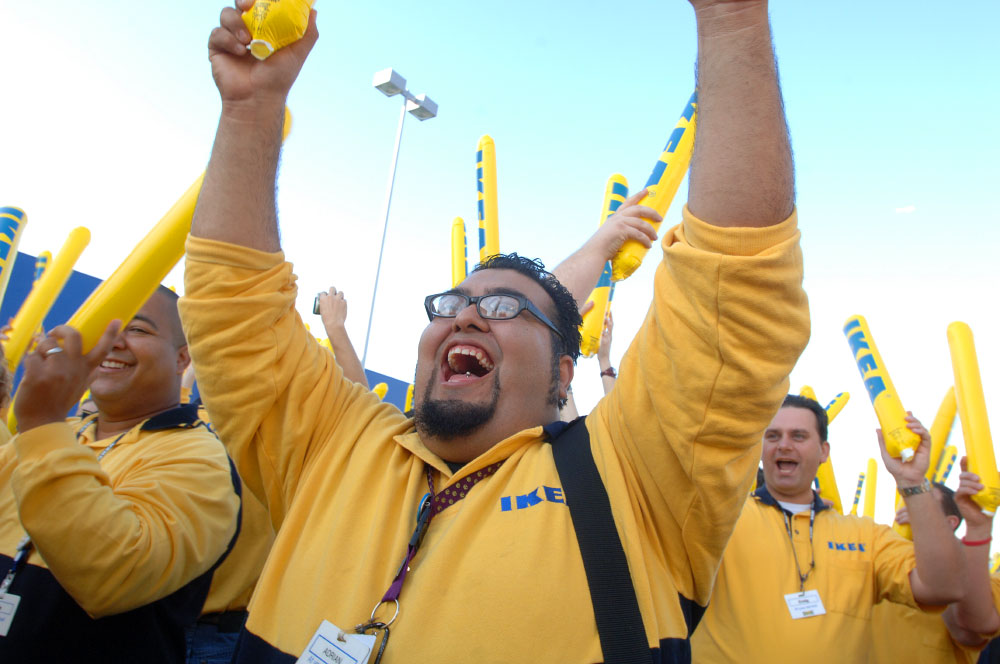 Las
t week, the IKEA group announced the sum of the global funding being contributed towards its employee loyalty program ‘Tack!’.

The program allows all of IKEA’s international workers who have served five or more years of employment to claim a share of the global funding. Workers are not defined by their status within the company – each full time employee of IKEA Australia is entitled to $3,384 from this year's contribution, as long as they have been working for the organisation for at least half a decade.

All employees who work a full business year with IKEA will have an allocation set aside for them, which will be paid towards their superannuation after five years of service.

Launched a year ago with an initial payment of €100 million to start the program, the 2014 funding for Tack! has doubled the amount that IKEA has paid towards co-workers’ superannuation, which now stands at a global total of €200 million ($282 million).

The scheme is suitably named ‘Tack!’ – which is the Swedish word for ‘thank you’ – and is designed to share the company’s success with employees.

“This is something that can only strengthen our relationship with our people,” Hood told HC. “It applies to many people globally, and it was very welcomed in the organisation. The aim of Tack! is to build something for the future and give something back to our people by building a long-term relationship with employees. There are many thousands of people who have worked for IKEA for a long time, and this is another reason for them to commit.”

“IKEA is a private company – we don’t have shareholders like many of our competitors. There have been various attempts to reward the many people in the organisation in the past. In 1998 we shared the entirety of what we took in one day amongst our global workers, which was a massive event.”

He added that the scheme took a while to launch because of the complexities of establishing a scheme that was common for employees across various different countries and markets.

“We do have a lot of very established people at IKEA,” Hood also told HC. “In almost every country we have one thing in common and that’s people who have committed to us long-term and enjoyed it. This is not the only initiative for people to stay with IKEA but it does add another reason to. When people join us we can say that this is another part of our compensation package.”

Hood said that IKEA’s compensation package is built on three pillars: the basic wages and benefits package (which include ground-breaking perks for Australian workers such as their maternity leave policy), a yearly bonus based on nationwide performance and now Tack!.

“One of the benefits that applies to everything we do is having a long-term perspective – we are not driven by today, next week or even next year,” Hood said. “This scheme will work for us, but maybe not for big publicly listed companies in the same way. It could work well for small enterprises who want to build up loyalty.”

“We believe that these two programs will strengthen the IKEA Group as a great place to work, today and in the future,” he added. “Our people are our biggest asset.”

How to build a 'speak up' workplace culture

Top 50 companies with the best pay packages – according to employees

Woolworths opts out of JobMaker scheme

Are you ‘working from home’ or ‘living at work’?