Sickies on the table as APS bosses granted leverage

As unions step up their level of industrial action across Commonwealth departments, a spokesperson has suggested that departmental bosses could use unscheduled absence as a pawn in their negotiations. 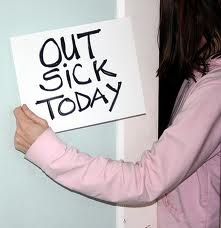 Pub
lic servants could be awarded a pay rise – if they agree to take fewer sickies.

According to reports by The Canberra Times, wage talks have reached a standstill, with departmental bosses being given more flexibility in negotiations to break the stalemate.

Internal documents have reportedly revealed that managers at the Australian Public Service (APS) are struggling to control the problem of sickies within their workforce.

It is estimated that unscheduled absence is costing the APS over half a billion dollars each year.

Strike action is currently underway or planned to commence at 15 Commonwealth departments and agencies as bosses and workers have failed to reach agreements over pay.

The Public Service Commission has reportedly claimed that the Commonwealth’s tough bargaining framework has not changed; but it confirmed that departmental heads in Canberra have been allowed more leverage when it comes to negotiations.

According to the commission, departments now have more flexibility around demands for “productivity offsets”, allowing bosses more opportunity to find savings to put towards pay rises.

Certain departments have a bigger issue in regards to unscheduled absence than others. The Human Services Department, for example, saw its staff take an average of 16.3 days of unscheduled leave last year.

A spokeswoman for the commission said that sickies could be on the table now that bosses have more freedom to negotiate.

“Agencies are now able to take into account productivity improvements based on a wider range of measures,” she said. “These would include, for example, removing restrictive working arrangements from agreements which, once implemented, would lead to cost savings, or initiatives to reduce unscheduled absences.”

“The bargaining policy parameters have not changed,” she added. “Agencies must be in a position to pay for wage increases provided under new enterprise agreements. They must also be able to demonstrate genuine productivity gains to offset any proposed wage increases.”

On Friday, the CPSU – the public sector’s biggest union – voted to increase its industrial action across the Commonwealth, promising “the fight of our lives”.

Does reading through work documents while commuting count as “work time”?

Should texting in sick be banned?