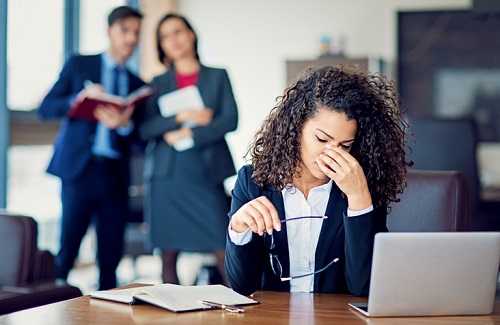 As much as employees should be entitled to enjoy a workplace free from bullying and harassment, it’s likely more common than you think. As an employer, what steps should be taken if you become aware of such allegations in your workplace?

Respectful environment
The first step is to create a productive and respectful workplace where bullying is not tolerated and where it’s openly acceptable to discuss the topic. Regularly consult with workers to create an open environment where they feel comfortable to speak up.

Set the standard of acceptable behavior by creating a code of conduct that provides tangible boundaries for staff on an ongoing basis. Provide regular training for staff on this note. This provides a framework to work with in the case of a reported bullying instance.

If allegations are made, have the victim identify the nature of the bullying. Work with them to ascertain if the nature of the complaint does indeed constitute bullying. Sometimes staff report a single incident and claim it as bullying, and although concerning, it’s not the case by definition.

Act promptly, seriously and maintain confidentiality
Respond quickly. Response times will vary depending on the seriousness of the allegations, the amount of parties involved, the length of time it has continued and various other factors such as these. Prioritize the matter and demonstrate that the matter is serious to you and that you have commenced due investigative processes.

Allegations should always be treated in the most confidential manner with due respect of confidentiality demonstrated to all parties.

Ensure procedural fairness
The allegations made must be treated as just that until such time as they can be proven. The person whom the allegations have been made against must be informed of what has been claimed and provided with a fair and reasonable opportunity to respond.

Remain neutral
As an employer investigating a claim of bullying in your workplace, it’s important to remain neutral when dealing with all parties involved. If you’re seen to be taking the side of one party or another, the investigation becomes bias or flawed based on your higher level of empathy for one party.

Support all parties and do not victimize
Allegations remain just that, until proven. Even then, in order to maintain a strong and positive workplace culture it is important that all parties feel supported at the current time as well as in the future. Advise all parties involved of workplace support available such as employee assistance programs or allowing them to have a support person of their choosing present at procedural meetings.

All parties involved are entitled to inclusion in due process as well as the outcome. As much as it’s important to settle the matter with the complainant, it’s also essential to address it with the respondent. Actionable outcomes must to be agreed by all parties where applicable.

Keep records
Maintaining accurate records of the reported occurrences, investigative outcomes and action taken by all parties within the workplace is critical. If the matter becomes an ongoing issue requiring reinvestigation or if you ever need to reflect back on events due to legal intervention, accurate documentation is critical.

Joe Flanagan has over 12 years in HR and recruitment and specializes in career transition, employee retainment and job seeking. He's currently the Senior Consultant at VelvetJobs outplacement services.