Running for the phone at home considered a "work-related" accident

Employers could face hefty compensation claims for injuries sustained at home, such as falling over while running to answer the work phone. 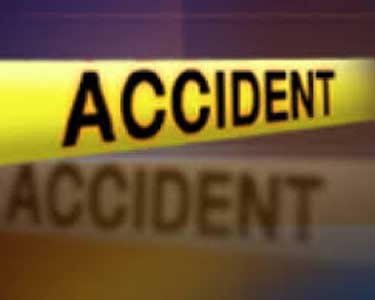 Acc
idents occurring outside of the workplace could still be classified as a work-related injury and employers held liable, says legal expert Olga Sashko.

Her comments follow a recent court hearing where an employee who slipped on wet tiles in his home while running to answer a call on his work phone was awarded workers compensation as the incident was deemed to have occurred “during the course of business”.

Sashko, a senior associate at Brisbane-based law firm Kaden Boriss says in certain circumstances, a worker does not need to be at work to suffer a work-related injury, if the employer has induced or encouraged the employee to do the very act the employee was dong when they were injured.

“A number of employers in various industries provide their workers with work phones,” she says. “It is therefore important to be very clear about expectations in relation to the use of work phones,”

In this case, Robert Ziebarth, fleet manager for Cairns based Blenner’s Transport, was contracted to work “at least 55 hours per week plus additional hours if required”, and the court ruled that the fall he suffered at home was “significantly” connected to his role.

Mr Ziebarth was supplied with a work mobile and expected to answer calls 24/7 while on-call. Around 10 pm one night in March 2013 he heard his mobile ring while taking a shower and slipped on the bathroom floor while moving to his bedroom to answer the phone.

The next morning he woke suffering excrutiating pain, however WorkCover initially rejected his claim for compensation because his incident occurred at home and not at his place of work.
However Deputy President O’Connor in the Queensland Industrial Relations Commission ruled otherwise.

The Commission referred to the decision of Campbell v Australia Leisure & Hospital Group Pty Ltd & Anor (2015) ICQ 016 where it was held that for the injury to be in the course of employment, the employee must be doing the very thing that the employer induced or encouraged the employee to do, when the injury occurred.

Therefore, the Commission determined that the activity Mr Ziebarth engaged in at the time of the incident was answering the work phone, and not running, as alleged by the Regulator.

“The Commission further determined that Mr Ziebarth was induced and encouraged to answer the work mobile,” Sashko says, adding that the Deputy President noted that under Mr Ziebarth's work contract he was to be on call from time to time and he was given a mobile phone for work duties while on call.

“This case is also a good reminder of what you induce or encourage your employees to do, either at work or outside of work,” Sashko says.

She says that in the rapidly-evolving digital age, there is an ever increasing reliance on technology. “We are expected to be “on line” 24/7. At times, this also applies to our work,” Sashko says.

“Therefore employers and HR professionals need to be mindful of their expectations/requirements when it comes to employees being available or on call outside of work hours.”

Sashko says a worker compensations claim can have a number of costly consequences, including leading to a significant increase in the workers’ compensation insurance premium, loss of productivity and a disruption in the day to day running of the business.