Pay and display: Would you make salaries company-wide knowledge?

A US company lets employees look up each other’s salaries and bonuses in the interest of transparency. Should Australian companies be doing the same thing? 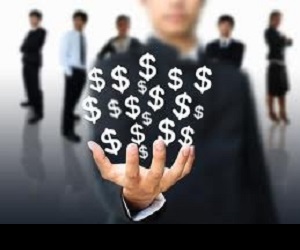 Wou
ld you be happy with your employees knowing how much you’re paid?

For workers at the US supermarket chain Whole Foods, company salaries are shared knowledge.

The business has an open policy where staff can look up anyone’s salary or bonus from the previous year, all the way up to CEO level, Business Insider reported.

The idea behind the policy is to encourage conversations about salary among the staff and to promote competition within the company.

So should Australian businesses be sharing their salaries with workers?

“The question isn’t so much whether or not this would work in Australia,” said Carolyn Dickason, regional director of Hays in NSW.

“The fact is this sort of initiative is not something that would succeed in isolation – it would have to be part of an overall culture of transparency and openness. That culture would need to be carefully established and embedded into all of the company’s policies and operating style – for example, there would be no point in having transparency around salaries but not around performance benchmarks and targets.”

Dickason said the idea would also need to be incorporated into recruitment practices – “we often see issues with employee value propositions that don’t actually match reality, making it difficult to attract and retain the right talent”.

However, it was common for employment contracts to include confidentiality provisions in relation to the terms of the contract and in those circumstances, revealing salaries to others in the company, either by the employee or the employer, could be a breach of that contract, he said.

“There is a whole range of reasons why companies would not want to reveal staff members’ salaries, including creating competitive pressures and the discontent that can arise from that sort of knowledge being widely available.”

Would an open policy around salaries work in your organisation?