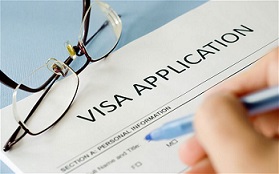 The changes come a day after the Australian Prime Minister Malcolm Turnbull announced the Coalition Government would give priority to Australian workers by replacing 457 visas.

Speaking in Queenstown, NZ immigration minister Michael Woodhouse announced a number of amendments which will have a significant impact on employers and employees across the country.

"We have always said that we constantly review our immigration policies to ensure they are fit for purpose and today's announcement is another example of this government's responsible, pragmatic approach to managing immigration,” he said.

Under the proposed rules, low-skilled migrants will only be able to stay in New Zealand for a maximum of three years – after that, they would need to go through a “stand-down period” before being eligible for another work visa.

Remuneration thresholds are also on the cards as anyone who earns less than $49,000 will no longer be classified as highly-skilled, regardless of whether their job may have been classified that way previously.

A second threshold will be set at $73,000 – one and a half times the median income – and anyone who earns more than that amount will automatically be classified as highly skilled.

If adopted, the changes will also mean partners and children will no longer be allowed automatic entry with work and student visas – instead, they will enter the country as visitors and will need to meet visa requirements in their own right.

Seasonal occupations are also set to take a hit under the new rules and will be issued visas for the duration of the season, rather than for 12 months as is presently the case.

Despite the myriad of changes, Woodhouse insisted that employers would still be able to use migrant labour if they couldn’t find suitable Kiwis.

"I want to make it crystal clear that employers will be able to continue using migrant labour when they can demonstrate a real labour or skills shortage and that they cannot find New Zealanders for the job," he said.

"But we're also setting a challenge to employers to take on more New Zealanders and invest in the training needed to upskill them."

457 visa changes - what you need to know

Employing visa holders: Do you know the legal risks?