As recent studies show that the number of female senior executives in Australia are remaining low, HC asks what employers can do to boost their leadership opportunities for women. 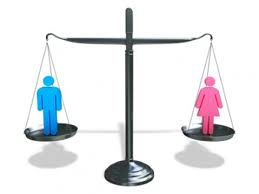 The
Sydney Morning Herald reported recently that a survey conducted by BusinessDay showed that, in the past three years, the number of women in senior executive roles in ASX100 companies has decreased.

Only 23% of these roles in Australia were found to be occupied by women this year.

However, the number of female directors has increased from 13% to 19%.

According to a survey conducted by Regus this year, 77% of Australian professionals saw an increase in entrepreneurship, but only 11% said they saw this amongst females.

Twelve per cent of small businesses said that they were seeing an increase in female-led entrepreneurship, while only 8% of large companies said the same.

“Organisations can actively work towards increasing diversity at senior manager level by exploring how they create opportunities,” said Ros Cardinal, managing director of Shaping Change. “One of the common issues that women in leadership roles raise with me is the lack of opportunity afforded to people who don’t fit the traditional leader mould. This seems to be inadvertent on behalf of companies, but what I am told are things like “decisions are made on the golf course, after hours. I have kids and I simply can’t find the time for golf with the Chairman on a Saturday, even if I knew how to play!””

Cardinal also told HC that a resounding separation between men and women in the workplace needs to be addressed in order for Australia to provide more opportunity to women.

“Women often find it hard to find good male mentors,” she said. “Mentors and sponsors are essential for moving up the ladder in most businesses. Having a structured, endorsed mentoring or sponsorship program in place can go a long way towards addressing the issue.”

The statistics have been easier to track under the mandatory reporting requirements introduced by Labor – companies must disclose gender breakdowns of their workforces to the Workplace Gender Equality Agency.

“Australia is a flourishing entrepreneurial culture and one that will hopefully start to include more females,” said Paul Migliorini, CEO of Regus Australia and New Zealand. “Businesses should be doing what they can to promote all types of entrepreneurialism, even more so amongst women in order to create a more balanced field. I believe it can be achieved."