Negotiating your own salary: Think big

As HR professionals, we’re used to being on the employer side of salary negotiations. But what happens when we need to negotiate our own pay packets? Going large may be the key. 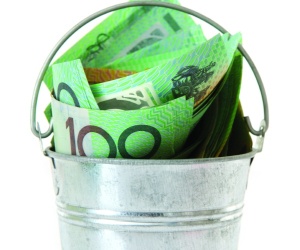 If
you want to negotiate a higher salary for yourself, ask for a million dollars.

Fortune reported that a study from the University of Idaho showed that jokingly asking for a million-dollar salary increased the offer amount by more than 10%.

The study involved an administrative assistant candidate who listed her previous salary as $29,000 and when she was asked what salary she wanted in job interviews, she either demurred or joked, “Well I’d like a million dollars, but really I just want what’s fair”.

The study’s author Todd Thorsteinson, a psychology professor at the University of Idaho, told Fortune that the increase was due to a psychological effect known as “anchoring”, where people would fixate on the number mentioned, even if it was irrelevant, and it would influence their judgement.

However, University of Texas economics professor Rachel Croson warned that coming in with an extreme offer could make the employer disengage from the negotiations.

Croson told Fortune that mentioning a figure first was still an advantage and created the anchoring effect and the key was to find out the salary range for the position and name a figure near the top of the band.

Author Lisa Quast wrote a piece for Forbes in which she recommended that job candidates made an effort to fully understand the job and to research the company before heading into the interview.

Knowing your own strengths and differentiators was also a key factor and could be used to leverage a higher starting salary, she wrote.