Retail giant Myer was left red faced when it was revealed that a recently-hired senior executive had never worked for rival company Zara. HC looks at the importance of background checks. 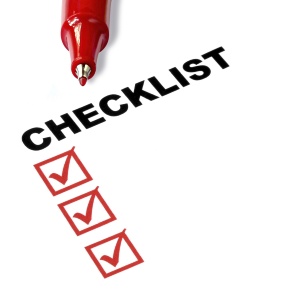 Emb
ellished CVs are nothing new to HR professionals, but one executive appears to have taken it to another level.

Retail giant Myer sacked Andrew Flanagan on his first day, after having supposedly poached him from global fashion brand Zara, when it was revealed that he’d never worked for the company.

Hiring company Quest Personnel told the Sydney Morning Herald that it had been duped by Flanagan and he had provided “incorrect and misleading information” before being hired by Myer as the organisation’s group general manager of strategy and business development.

Myer discovered the truth when Zara contacted the company to say that Flanagan had never worked there.

The Herald reported that Myer was believed to be investigating how Flanagan managed to pass the hiring company’s background check and how he managed to land such a senior role within the company.

Hosay Mangal, Head of Verify, a provider of employee background verification service told HC that many organisations don’t have a background checking policy.

She said that about 80% of resumes had embellishments of some variety, ranging from exaggerating position titles and including qualifications that haven’t been completed, to wrong dates of employment or listing a false membership to a professional association.

“When it comes to background checks, organisations need to have a strong policy in place to ensure the candidate has the experience and qualifications needed to perform the role. People often embellish their resumes to gain a competitive edge, but this can be costly to organisations if they have hired somebody on the basis of this information. Taking proactive steps and having a strong policy is critical to ensure you are hiring the right person.”

Mangal said that there isn’t a “one size fits all” approach when it comes to background checking and that it should be tailored to the industry and role involved.

“In the case of a senior executive, we would recommend a more thorough search. This would involve checking academic qualifications, work experience, psychometric testing and checking which companies they are directors of to see if there is a conflict of interest. For a more junior role not all of these would be necessary.”

The most common checks Verify is asked to perform are police checks, work-right checks, qualification and reference checks, said Mangal.


Do you have a background checking policy for job candidates?