The need for diversity consultants and managers is a growing trend as companies move towards greater workplace equity and diversity, according to a recent report. 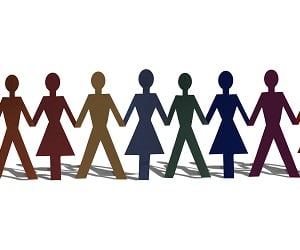 It
appears that more companies are taking workplace diversity seriously and aiming to do more to achieve it, according to the Hays Quarterly Report.

“This has led to a requirement for experienced Diversity Consultants and Managers, and this is the first year that we’ve seen this trend.”

Dawn Hough, programme director at Pride in Diversity, was surprised to see general diversity as a new trend, but has seen growth in the lesbian, gay, bisexual, transgender and intersex (LBGTI) sector.

Hough said there had been a large increase in the number of organisations taking LGBTI workplace inclusion seriously, “but comparatively, it’s only minute compared to those who do gender. It’s small in comparison, but in terms of its recent growth, it’s quite significant”.

Hough added that the launch of the Australian Workplace Equality Index, which benchmarks employers on their diversity initiatives, has sparked an enormous amount of interest because employers in general want to know where they are placed amongst their peers in the same sector.

“When we started four years ago, people didn’t even want to talk to us,” said Hough.

“It was like, ‘This is not workplace relevant’ or ‘We have more important things to worry about’ or ‘This is a personal issue that has nothing to do with the workplace’ whereas now, we have about 62 members on board and some of the largest companies in Australia are setting the example, they’re setting the leadership. People are saying, ‘If they can do it, we can do it’. It’s becoming a differentiator for employers.”

Hough said most organisations with a large employee base are already taking issues like gender equality seriously.
“You have to legally, it’s a requirement of the government to report against gender for large employers. But in the LGBTI space, there’s still a lot of nervousness around it and there are still a lot of employers who think, ‘We don’t want to go there’. So when an organisation does stand out as a leader in this space, it’s a real differentiator.

The top 10 Australian employers for LGBTI people in 2013: