‘Menstrual leave’: the next workplace perk for women?

An internationally recognised figure in the field of Reproductive Medicine, Surgery and Obstetrics has recently suggested that women should be entitled to paid ‘menstrual leave’ at work. 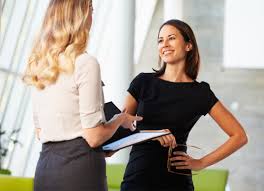 an style="line-height: 20.7999992370605px;">Tech giants Apple and Facebook were recently met with mingled criticism and praise after they unveiled plans to provide egg-freezing for employees – but now a leading international doctor has reignited the debate over women’s health benefits in the workplace.

Gedis Grudzinskas, a professor of obstetrics and gynaecology at Harley Street Hospital in London, has claimed that women should be entitled to ‘menstrual leave’ every month – and men should accept it quietly.

He also said that this leave would be separate to women’s sickness entitlements.

“'It's not men who have to get pregnant, go through IVF and childbirth,” he said. “Men will just have to understand.”

Grudzinskas believes that the allowance of this leave “would boost women’s motivation and productivity when they are in the workplace.”

He has even claimed that employers should offer to pay for the terminations of employees’ pregnancies if they become pregnant accidentally – although he admits that “society is unlikely to be ready for that.”

“Some women feel really grotty when menstruating,” Grudzinskas told The Daily Mail. “Coming into work is a struggle and they feel lousy. When you feel like that, it's harder to take pride in your work or perform as well. This is about employers being sensible and aware.”

He said that the leave would not interfere with women’s career progression.

“It would be one to three days each month, separate to sick leave entitlement – it is not sickness, after all,” he said.

The concept of ‘menstrual leave’ is believed to have begun in Japan in the first half of the 20th century – where it remains a recognised workplace policy today.

It is also recognised in other Asian countries, including Indonesia and Taiwan, and has recently been discussed by the Canadian government.

The concept was also put forward to the Russian parliament, where it was met with uproar and immediately rejected.