LinkedIn data reveals major lack of gender diversity in IT

Just 14 percent of senior tech roles in Australia are filled by women, a report based on a survey of LinkedIn profiles finds. 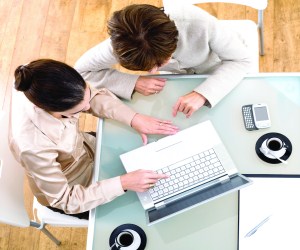 A c
omprehensive analysis of the technology industry has, using data from LinkedIn, confirmed that the sector faces significant challenges when it comes to gender diversity.

Recruitment consultants Davidson Technology undertook a study of LinkedIn professional profiles, and found that only 14 percent of executive roles in the local technology industry were held by females. In total, there are 435,000 people listed as working in IT on the social network, with 31 percent of these being women.

Brendan Kavenagh, Davidson Technology CEO, recommended the setting of targets in order to increase the proportion of women working in IT.

“The pointier you go the harder it is and the more protected some roles are,” he said. “I think it is about educating the people in those roles the importance of having more women participating and accepting that everyone can benefit from that.”

Co-founder of NAB Women in Technology and divisional chief information officer Dayle Stevens said that attaining an even gender balance in tech is challenging, but achievable.

"What has stopped different programs in the past from being successful is that people were trying to solve a problem and I just don't think it is an easy problem to solve," she said. NAB employs approximately 2,400 technology staff, in which 27 percent of its leadership roles are performed by women (up from 18 percent in 2014).

Speaking with HC Online recently, John Sullivan, product development manager with MYOB, suggested reasons for the gender imbalance in IT.

“Firstly, the main source of entrants into the market is from tertiary courses and the number of women entering courses is in decline,” said Sullivan. “Secondly, women are leaving work at a greater rate than men, with two times the number of women being the primary home care giver.”

He added that for the sake of user experience, an evenly balanced technology workforce is essential.

“The culture and diversity of a development team normally gets reflected in the design and user experience of the product which they build,” he said. “If a team is male-dominated, as most teams are today, the products they create will be a male-centric design and have a male-centric user experience. Users and purchasers of most products are roughly evenly split between men and women.”

MYOB’s 10-week DevelopHER internship program is one scheme designed to address the problem, designed for women returning to the workforce or wishing to transition to the IT sector.