Lighter side: Santa gives grandfather the gift of a day off work

A young boy in the US got his Christmas wish after St. Nick contacted his grandfather’s boss. 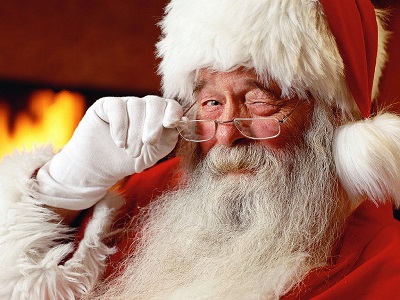 A b
oy used his letter to Santa not to ask for a new toy but to ask St. Nick to talk to his grandfather’s boss and get Grandpa the day off.

“My greatest wish is that you talk to my grandfather’s boss, Mr. John Mathers, and ask him if he could give my grandfather Christmas Day off,” wrote Julian Otero, age 9.

The boy’s grandfather is chief engineer at the Madison Beach Hotel in Connecticut, US, and was scheduled to work on Christmas Day – and he was given the letter by the boy’s mother. He then gave the letter to the general manager of the hotel.

The manager reported back to the boy’s grandfather in a memo:

“I received a phone call from the North Pole this morning asking me to contact Santa on his private cell… I called him, and he was quite concerned that you were planning to work on Christmas Day. Your grandchildren are quite upset about this! I think it would be best if you planned to take the day off and spend it with your family. Work can wait until after Christmas!”

Is he the first boss to speak to Santa on his private cell?