Inside Barclays' diversity and inclusion strategy

It may sound simple, but even steps such as ensuring all corporate videos are subtitled can make a big difference 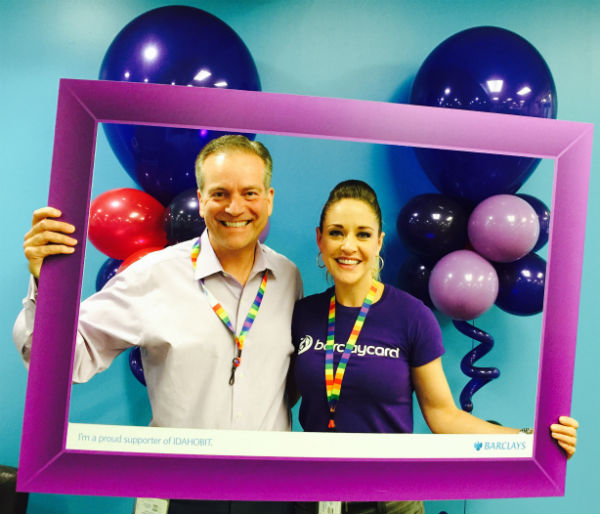 &ld
quo;A solution for one becomes a solution for many.” That’s the call to action that Barclays has rallied behind globally for the past several years when it comes to diversity & inclusion. It’s especially pertinent when that solution is designed and implemented for people who identify as having some form of disability.

The Barclays D&I strategy globally has five pillars: gender, disability, LGBT, multicultural and multigenerational. In the UK, all of those pillars are led by senior leaders and direct reports to the company’s CEO, Ashok Vaswani.

“Ashok has as part of his remit our retail banking business. He really saw an advantage in establishing Barclays as the most accessible bank,” said Mark McLane, head of global diversity and inclusion at Barclays.

McLane said that a solution for one becomes a solution for many means really understanding the needs of the bank’s customers and employees around accessibility. “It means we have more inclusive business solutions that quite honestly some of us may not even think of as being a solution until we see that in action,” he added.

To cite one example, Barclays’ talking ATMs are today being used to help individuals with visual impairment. “As you get older and need reading glasses sometimes the print at an ATM on a very sunny day can be difficult to see – but once you take your headset out and plug it in you now have a voice-activated machine,” said McLane.

Another example is Barclays’ high visibility debit cards, which use the principles and technology of ‘personalised’ debit cards. While many people would use an image of their partner or children on the card, an infinitely more practical use might be to make the card red, especially if that’s a colour on the spectrum that can be more clearly seen than others.

“They could also use a big arrow so it looks like a hotel room key,” said McLane. “For visual impairment across the spectrum, being able to quickly differentiate my ATM card from my credit card, to have that sense of independence in banking, is really what it all comes down to.”

It’s not just customers who benefit – it’s the company’s 120,000 employees around the world too. Barclays has made inclusive technology mission critical. McLane said it may sound simple, but even steps such as ensuring all corporate videos are subtitled can make a big difference. “It’s putting the work in at the front-end, not the back-end, not as a bolt-on,” he said. “That’s transformational for the organisation.

With something as simple as subtitling videos I’ve had colleagues say to me in this new hotdesking environment all computers have speakers, but now with my colleagues sitting next to me I can watch a leadership video and read the subtitling. That’s not something I would have thought about in the past but again you can see it’s taking something that improves the lives of a few to improve the lives of many.”

In many ways, Barclays has taken a design thinking approach to its inclusive solutions. “You must start with the user,” said McLane.

“Although I’m the chief diversity officer, I started my career in sales and marketing so I always think of the end user. You must have the end user in the room. But having you in the room is not enough – we also have to listen. We have to take advantage of your voice being in the room. You have to feel like you’re working in an inclusive and welcoming environment to be able to bring yourself to work, bring that difference to the table and know that it matters.”

Wherever he is in the world, McLane said his most frequently asked question is ‘how do we rank in this area, where are we furthest ahead?’ “I always respond, ‘first give me a country and then give me a division of the bank’, because even within investment banking, retail banking and corporate banking there are very different cultures and customer bases. So it’s very fluid.”

However, he concedes that certain geographical locations are ahead of the pack. He cites some parts of the UK which are ahead of others on accessibility. The US, meanwhile, pulls ahead from an infrastructure standpoint, possibly due to building code changes. He also cites work his colleagues are doing in Tokyo around accessibility in employment as leading the way in APAC.

Increasingly, the organisation is taking part in benchmarking in various jurisdictions around the world. For example, it has used the Accessibility and Inclusion Index in Australia to step back and assess where the company falls amongst its corporate peers.

Similarly, in 2016, Barclays in the UK was the first company to achieve 98% on the Equality Standard by the Business Disability Forum.

“Someone asked me recently at a conference, ‘so Mark, what’s next?’ I said for me it’s working with Business Disability Forum as one of its founding members to figure out what is next. How do we raise the bar? What would 98% or 100% look like three years from now? Not to rest but continue to pull other companies along on the journey.

“Getting to 100% doesn’t mean the work is done; it means we’ve reached a good standard today. Like any benchmark I’ll use the Human Rights Campaign Corporate Equality Index of the US, but every three to four years a new milestone comes into play: what next, what are we doing? I think that’s our responsibility to help drive D&I.”

He added that Barclays has the aspiration of being the most successful FTSE100 company. “I always say, ‘I don’t know what that looks like’ – it’s very aspirational. But knowing that’s what we want to achieve gives us the energy and drive to figure out what next.”

‘My biggest achievement has been gaining trust with leadership’