New WGEA research has shown that employers are increasingly training HR to handle domestic violence victims – but how much responsibility should they take? HC spoke to White Ribbon to find out. 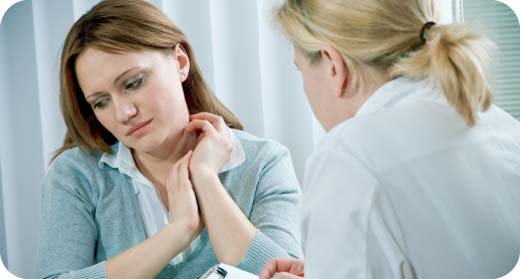 The report also revealed that the number of employers training their HR teams to support staff experiencing domestic violence had risen from 12.5% to 13.5%.

But what exactly should this training involve?

HC spoke to Jennifer Mullen, a senior executive for White Ribbon’s Programs Portfolio, who explained that statistically speaking one in five women will experience a form of harassment within the workplace, with one in three experiencing physical or sexual violence from someone they know in their broader life.

“The issue is very prevalent, and it’s also a workplace issue,” Mullen said. “The workplace can play a very positive role as a conduit for change.”

In a recent survey by White Ribbon, it was found that 94% of employees agree that their employers should be taking a leadership role around violence towards women.

Meanwhile, almost half (48%) of the respondents to a Victorian survey said that they had disclosed being a victim of domestic violence to their manager at work, but only 10% of those had found the response helpful.

“Most workplaces will at some stage employ a former or potential perpetrator as well as victims, and many employees will become bystanders at some point,” Mullen told HC.

Mullen advised that while many organisations might expect HR teams or managers to take personal responsibility for victims in the workplace, they only need to be trained on a basic level.

“Disclosure is often a very traumatic experience – not just for those giving the information, but also for those receiving it,” she explained.

“On average, it takes victims five to seven attempts to disclose their situation to anyone, and if the first instance isn’t positive it reduces the likelihood of them disclosing it again. So it’s critical that managers can respond appropriately.”

Mullen emphasised that the important thing is that employers don’t expect their managers to be counsellors, but train them to recognise the issue, respond to it and refer the victim on to the appropriate services.

“The point where women choose to leave is the most dangerous time for them, so it is also critical that there are support services around during that time,” she added.

White ribbon also runs a workplace accreditation program, which is formalised and internationally recognised. The program provides organisations with a structured program to look at their policies and training and renew them where necessary, and supports organisations to be able to respond to violence against women that is occurring both inside and outside of the workplace.

“It is intended to help businesses build on their gender equality, anti-bullying and harassment and diversity initiatives, which will also help them in terms of becoming an employer of choice,” Mullen said.

According to Mullen, the benefits of the program include increased awareness, increased organisational knowledge and capability to address the issue, enhancing the capacity of the workplace to respond to the issue, and changing attitudes and behaviours that allow violence to occur in the first place.

“Organisations are required to meet 15 criteria that are set within three standards,” she told HC.

“Seven of those look at prevention and response, and another big focus is on leadership.

“Managers need to be equipped to deal with domestic violence, and employees need to reflect on their own language and behaviour. Employers should also think about how they can encourage respectful relationships in the workplace and also more broadly in their community.”

The success of the program is reflective of Australia finally taking action against domestic violence.

“Employers are now starting to recognise that domestic violence is an issue in terms of employee health and safety, productivity and broader community expectations – workplaces have the power to be conduits of social change,” Mullen said.

“This lies in their capacity to set the standard on zero-tolerance approaches to violence, and promoting gender equality and respectful relationships.”

“We have seen an increased demand, which really reflects employers’ increased awareness and desire to become agents of change,” said Mullen.

November 25 is the international day for the elimination of violence against women, which is White Ribbon day in Australia.