How to improve workplace culture: IT & HR joining forces 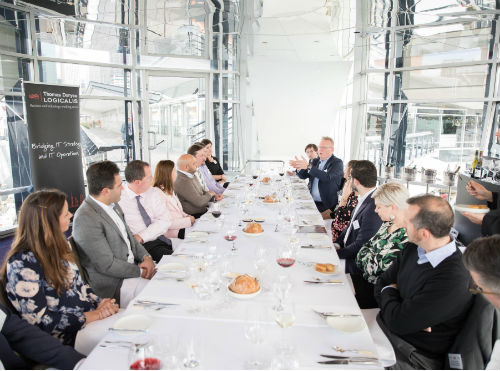 Wha
t do the traditionally siloed and distant functions of HR and IT have in common?

For starters, they both play a significant role in employee productivity, engagement, operational costs and cultural benefits.

And it’s these two functions that will have to increasingly collaborate in order to accommodate the changing needs and behaviours of employees.

Rob Mattlin, national practice manager – modern workspace at Thomas Duryea Logicalis, has noticed a major shift towards employees working where they want, when they want, and on the devices they want.

Mattlin was the moderator of a recent ‘lunch & learn’ event at the Quay Restaurant in Sydney, sponsored by Thomas Duryea Logicalis. The event focused on the theme of how IT and HR could improve culture by implementing Activity Based Working (ABW).

ABW recognises that throughout the day employees have different activities to complete, and assigning a single workspace for each individual worker is not ideal to facilitate that.

Consequently, it makes more sense to provide employees with lockers to store their resources in and let them choose a work setting depending on the task they are working on.

The lunch was attended by 20 HR and IT experts, including Waudi Tahche, GM of people and culture, Cardinia Shire Council, and Oliver Sebastian, head of IT digital and customer platforms at Charter Hall.

Both organisations have worked closely with Thomas Duryea Logicalis to implement ABW to improve engagement, collaboration and culture.

Fixing communication through collaboration For Cardinia Shire Council in Victoria, the transition was partly based on the challenges of having employees spread throughout six different locations.

“A separate set of staff in each of those locations meant that collaborating and talking to each other had its challenges, and as a result impacted decision-making and community engagement,” said Tahche.

The move to a new building meant that for the first time in 17 years Cardinia Shire could have all its staff under one roof and create one culture instead of multiple mini-cultures.

The new headquarters featured areas that allowed employees to conduct specific tasks, such as collaborating, socialising, learning and brainstorming.

Tahche said the benefits of ABW extended beyond culture, cost and cohesion.

“There is definitely a direct connection between ABW and health and wellbeing, because ABW means people are dynamic and more active. Over 65% of our employees have said they feel healthier.”

He added that the move was also about adjusting to the trends that are rapidly shaping the workforce.

“It all comes back to where society is heading,” he said. “These days we are seeing kids being groomed to have technology in their hand from a very young age. By the time they get into the workforce, there is going to be technology all around them. A workplace that’s just a traditional working environment is less likely to attract elite talent, so from a talent attraction and retention perspective it makes a lot of sense to go down this path.”

Tahche added that his organisation liked to see itself at the forefront of innovation and technology. Indeed, staff at Cardinia Shire Council are provided with various technology tools, including ultrabooks and tablets.

The thinking behind implementing this technology was to empower employees to work both inside and outside of the office, and to collaborate and exchange information in real time.

“Collaboration is an enabler of innovation, and innovation leads to growth, so it’s very scientific in a sense,” Tahche added.

Cardinia Shire Council was also the first council in Australia to adopt ABW.

The council found that ABW led to a reduction in paper usage, a decrease in operational energy costs and an improvement in customer response times. 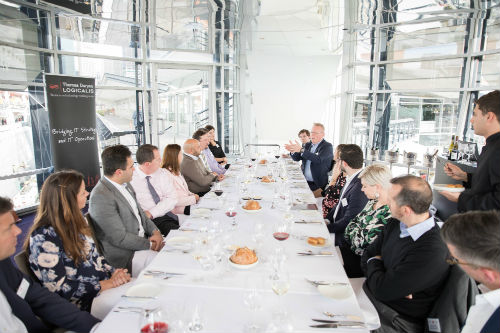 Adapting to rapid growth
ABW has also been a success for the property group Charter Hall, which has experienced significant growth in recent years. In fact, when Sebastian joined the business eight years ago there were only about 60 people. That number now sits at approximately 530.

In partnership with Dell, Thomas Duryea Logicalis worked closely with Sebastian to implement ABW. This meant moving into a new building at 1 Martin Place, Sydney, and creating a range of different spaces, including collaboration areas and ‘highfocus areas’.

It also involved having laptops installed with Microsoft 10, Microsoft OneDrive and Office 365, which enabled Charter Hall to provide offline working.

In order to help make the process enjoyable and easy for staff, Charter Hall also introduced a range of employee benefits.

“We introduced getting your birthday off. We introduced yoga. We partnered up with the coffee shop downstairs and had deals for our people,” Sebastian said.

“The way we implemented this was by introducing a new benefit every two weeks in order build engagement, excitement and anticipation [for the switch to ABW].

“And it really felt quite natural to make the locker your own space.”

Commenting on what Thomas Duryea Logicalis has observed in the marketplace in recent times, the company’s CEO, Michael Chanter, said: “I think you would all agree that human capital is the thing that really makes a difference to success or otherwise. I feel very passionately about what we are doing in this space with our customers – but only because of the impact it has on people.”