Following revelations of widespread non-compliance, an inquiry has been launched into the employment conditions of workers in Victoria. 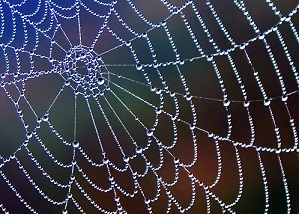 Las
t week, Fairfax Media revealed that the systemic exploitation of workers from overseas was creating a “black economy” for jobs.

Fairfax conducted an investigation that surveyed more than 1000 foreign language job advertisements for work in Australia, and found that 80% paid below the minimum wage or award.

The investigation also revealed that there was a network of middle-men who were often underpaying foreign workers, and demanding payment for helping them to secure work.

The Victorian government is currently conducting an inquiry into labour hire, insecure work, sham contracting and the abuse of visa workers, with a discussion paper scheduled for publication this week. Professor Anthony Forsyth, who is leading the inquiry, told Fairfax that the paper would investigate the gaps in knowledge about the issues around exploitation in Victoria. As a part of the inquiry, the government is set to hold public hearings in November in regional Victoria, which will allow confidential submissions. The hearings will also look into the responsibilities of labour providers and companies higher up on the supplier chain.

Industrial relations minister Natalie Hutchins told Fairfax that there was growing concern about the extent to which workers – both foreign and local – were being mistreated by labour hire companies.

“There's a big spider's web of different things going on,” she said.

“There's been a growth area of small to medium-sized middle-men that set themselves up as labour hire companies and base themselves on the underpayment of wages and undermining the conditions and standards that we have.”

Hutchins added that the government would look at how the UK’s Gangmaster Legislation – which requires labour hire operators to be licensed, and bans the trafficking of workers – had been implemented.

She claimed that legitimate businesses were being affected by competitors that paid workers illegally low rates, adding that there needed to be an “equal playing field”.

“Any proposal to regulate the operations of labour hire companies is best driven by the industry,” she said in response to a question about Fairfax’s investigation.

Incoming 7-Eleven chairman admits to ‘strangling franchisees’
International body calls for clamp down on corruption
Are fraud and corruption driving candidates away?