Freelance rates booming – what does this mean for HR?

With freelance rates on the rise, it's becoming harder to deny that the composition of the Australian workforce is changing dramatically. 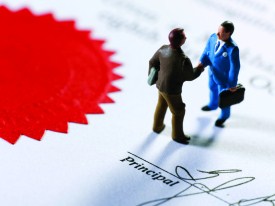 Ove
r the past year, Australia’s freelance market saw a surge of 370,000 workers – with a third of the national workforce now participating in freelance work.

A new study by Upwork – an online freelancing platform – has found that 4.1 million people in Australia have done some form of freelance work in the past year.

Researchers found that 58% of the freelancers said they had made the career transition by choice – and the same number said they would not return to a ‘traditional’ work model.

According to Peter Acheson, CEO of Peoplebank, one of the most noticeable changes is to the demographics of the workforce.

“The ageing workforce is having an impact on workers’ ability to choose their own working conditions,” he told HC.

“One of the greatest pushes for many is to be able to work more casually and flexibly; we are seeing a breakdown of the desire for nine-to-five, Monday-to-Friday environments.”

“These are substantial forces – and national regulations are catching up,” Acheson continued.

He referred to recent parliamentary discussions, which have debated the rights of contractors and casual workers.

“Although regulations will never be ahead of the curve, some of the proposed changes in legislation are really a response to the major shifts occurring in society,” he told HC.

“It is recognition that the way people want to work is not necessarily the way they have done so in the past.”

Acheson told HC that many companies are now embracing these changes – particularly in environments where the work is project-based.

“In these working environments, employees are often encouraged to become contractors for the company,” Acheson said.

“This is leading to a blended workforce; a combination of full time permanent staff, and contractors to supplement them.

“Employers are benefiting by having the contractors fill their gaps and needs where they arise.”

According to Acheson, there are three core components to making flexible agreements work: “A free market is not necessarily an unregulated market,” Acheson said.

“The government is catching up – it’s gradually deregulating the workforce in order to facilitate flexibility, but ensuring that the appropriate regulation is still in place.”