Five signs that your workplace is turning toxic

A toxic workplace culture can develop under the radar through insidious office behaviour. HC looks at how to spot the signs that mean it’s time for HR to take action. 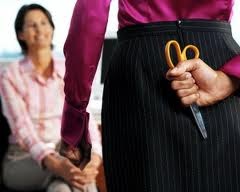 It&
rsquo;s not always something as obvious as a tyrannical boss or openly disgruntled employees that create a poisonous workplace atmosphere.

It can be subtle behaviour that turns the place toxic over time and drives out employees – a survey by beyondblue showed that almost half of Australian workers had left a job because it was mentally unhealthy.

Workplace mental health ranked second in importance only to pay as the most important factor when choosing a job, according to the research.

“People agreeing on a matter to each other’s faces, then immediately rubbishing it (or you) when out of earshot, runs rampant in the Australian workplace. In its more subtle form, the passive-aggressive method is when people create third-party conversations where an issue between two people suddenly grows into three, then four, then five, when it could easily have been sorted out with a direct conversation between the original two colleagues.”

“’It’s not in my job description’ is not a healthy mantra. Whilst union reps might jump up and down about organisations taking advantage of people doing ‘extras’, one common behaviour in a thriving culture is people stepping outside of their responsibility areas to help others. It’s called caring. Avoidance of care and responsibility (other than for yourself) is a red flag that your culture has become toxic.”

“Whether its micromanaging or archaic processes, decisions always needing approval from a committee are not only dysfunctional, but they’re a killer of agility and innovation. Great cultures embrace a principle of ‘seek forgiveness rather than permission’. Cultures that require permission as a first step are cultures where trust has left the building. There’s always room for good governance, but that is distinctly different to distrust.”

“At 4pm the desk starts to get tidied, at 4.15pm, email is shut down. By 4.25pm, all eyes are on the clock, and at the stroke of 4.30pm employees are halfway to the lift. Functional behaviour is when people leave work when they’re supposed to. Constantly burning the midnight oil is ridiculous, but when people can’t stand to be at work a second longer than they have to it’s a sure-fire sign of a workplace becoming toxic.”

“Workplaces are social settings and human beings are social animals. So to be our best at work, we must be social. Newsflash: your weekly team meeting is not a high-quality shared experience. Dysfunctional cultures are cultures where people are expected to work together but not actually like each other, and that is rubbish.

“Whilst we don’t expect people to get on like the Partridge family, a team that has each other’s back is a functioning team. Have lunch simply to break bread or perhaps work on a corporate social responsibility project together; but most of all, take time to celebrate success. That’s what great team cultures do.”

What kind of toxic behaviour have you seen in the workplace? How did you deal with it?