Study shows over 50s are far more reliable than their younger counterparts, who see sick leave as “additional holiday” they deserve. 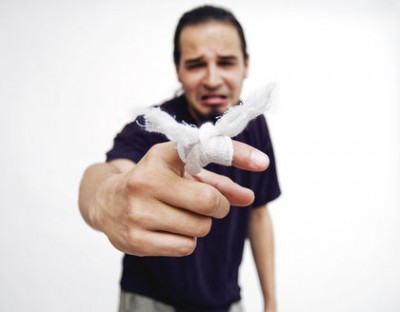 A n
ew study is shedding light on the type of employees who are most likely to lie about being sick and – shock – it seems younger workers are the worst offenders.

According to the survey by insurance firm RIAS, workers over the age of 50 are almost four times less likely to lie about being ill than their younger colleagues.

The survey revealed that, over the past five years, 44% of workers aged 20-39 had lied to their boss about being ill to get time off – compared with just 12% of those over 50.

Out of the 2,000 working adults surveyed, nearly a third of under-40s saw sick leave as an ‘additional holiday’ that they deserve – whereas only four% in the older category agreed.

But it’s not just attitudes that are vastly different – it appears over 50s are actually healthier, or at least more reluctant to take time off even under genuine illness.

In the past year, only a quarter of over-50s took days off work due to a genuine illness, compared with almost half of those aged 20-39. Among those who had taken a sick day after falling ill, a third of under-40s said this was due to a common cold, compared with one in ten older workers.

The survey also found that more than half of younger employees who had a sick day admitted taking off more time than necessary but only a tenth of older employees said the same.

RIAS suggested older workers were keen to make the “best impression” and hold on to their jobs as they approached retirement. The firm also said older employees may look after themselves better, resulting in fewer genuine sick days.

“Over-50s workers continue to be a vital part of the workforce and they should be recognised for the contribution they make,” said RIAS’ Peter Corfield. “They bring a wealth of experience, ambition and knowledge that cannot be underestimated,” he continued. “It is key that we understand that workers in their 50s and 60s are not ‘old’, they are hardworking and dedicated, and very much want to work.”